Take a look at the Netball Americas Netball Association (AFNA) video below which gives tips on how to stop the spread of COVID-19.

Bermuda
The Bermuda U21 netball squad have been keeping active during lockdown. Take a look at what they’ve been up to here.
Bermuda Netball Association President, Kimale Evans also gave a friendly message to the Netball Family during this time. Watch here.

In netball, we know how to keep our distance and this video from the Cayman Islands shows just that. Watch the video here and help stop the spread of Coronavirus.

Find out more about NETFIT and download the app here.

Young netballers all over Australia will have access to online clinics through the launch of Netball Australia’s newest online innovation, Suncorp NetSetGO Playground. Find out more about the programme here.

Netball Australia is in full return-to-action planning ahead of key government deadlines. A return to netball hub was set up on their website here which provides resources and guidelines for a safe return to play.

Young netballers all over Australia will have access to online clinics through the launch of Netball Australia’s newest online innovation, Suncorp NetSetGO playground. Find out more about the programme here.

Each week, England Netball has been pulling together the best bits shared on social media from its fans, members and athletes.

Join the Movement is a Sport England campaign, funded by The National Lottery where you can find lots of fun and creative ideas on how to get active at home. There’s also the latest UK advice around getting outside, with tools to help you make the most out of the fresh air during your daily walk, run or cycle.

There is also a different Wednesday workout, including a desk workout and stretching exercises. These are shared on the England Netball Facebook page here.

Find out more about the movement here.

Whilst Members can’t get on the court, England Netball is taking membership online with the Virtual Netball Club. From Vitality Roses workouts to live junior and senior training sessions, and so much more, there’s something for everyone.

Every Monday, England Netball members are sent a schedule of what you can expect to see at the VNC each day. 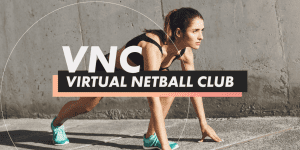 There’s fun for all the family with England Netball’s Bee Netball resources. From bingo to colour sheets, download your resources here.

Gilbert Netball Association has the perfect activity for creative netballers – 3×3 lockdown netball. Download the templates from their Twitter page here, colour in your team kit and use the spinner to add excitement to your matches. 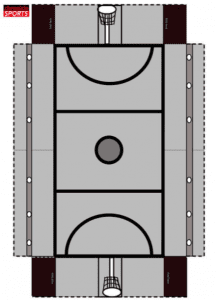 Israel
The Israel netball team have been competing for prizes in their social media competition. Tackle a daily task, take a selfie, make a collage of your team and tag Israel Netball on Instagram. 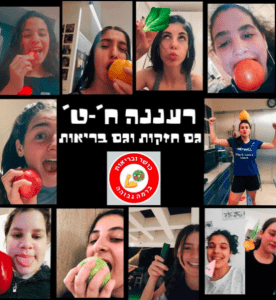 The NETFIT NZ is screened live on Sky Sport 3 from 4-6 pm on Tuesdays, Thursdays and Saturdays and is also available through www.netfitnetball.com.

Every week, the Silver Ferns release a new video on their YouTube channel which features its athletes, coaches and even some special guests. From life in lockdown to hilarious catch-ups, watch all the videos here.

Netball Northern Ireland has been posting at-home workout videos on their YouTube channels. These 10-minute activities are ideal for anyone at home to keep active, practice skills and take part in games and challenges.

Every Monday, Netball Superleague team, Strathclyde Sirens release the latest episode in their series of isolation workouts. Each video is a 20-minute circuit that anyone can complete in their home with no equipment required. View the workouts here.

Every Tuesday, Scotland U21 and Strathclyde Sirens U21 athletes have been demonstrating drills from their own training sessions. Keep your skills sharp until you’re back on the court here.

Netball Scotland’s athlete webinar series. Join some of Scotland’s top netballers from the comfort of your own home and hear first-hand all about their journey to reach elite level competition.

Netball South Africa has been releasing a series of one on one interviews with some of its star athletes and key personnel behind the scenes. Get the know the South Africa team in more detail here.

Netball South Africa has been connecting with some of the best players in the Telkom Netball league. Read more here.

Netball South Africa President and INF Director for Africa spoke to BBC Sport on hosting the Netball World Cup and the impact of COVID-19. Read the article here.