Established by Royal Charter in 1997, UK Sport is responsible for investing around £100 million of public funds each year – from both the National Lottery and the Exchequer – across the high-performance system.

Accountable to the Department for Culture, Media and Sport (DCMS), UK Sport has a very clear remit at the ‘top end’ of Britain’s sporting pathway, with no direct involvement in community or school sport.

UK Sport first entered into an agreement with World Netball in 2008 to help netball grow and develop in the African Region. This project will continue through to March 2017. The work in the Africa Regions seeks to increase the number of girls and women participating from grassroots to elite levels and to raise awareness of cross-cutting themes such as safeguarding/child protection which impact directly on World Netball members. This will be achieved by embedding Netball in areas of policy influence, sport development, sport for development and legacy.

From 2017 until 2020 UK Sport has committed to working with England Netball and the organising committee of the Netball World Cup Liverpool 2019 to support World Netball’s international development goals.

The Commonwealth is an association of independent sovereign states spread over every continent and ocean. From Africa to Asia, the Pacific shores to the Caribbean, the Commonwealth’s two billion people make up 30% of the world’s population and are of many faiths, races, languages, cultures and traditions.

Underlying every decision made by the CGF are three core values:- Humanity, Equality, Destiny. These values help to inspire and unite millions of people and symbolise the broad mandate of the CGF within the Commonwealth.

The CGF entered into an agreement with UK Sport and World Netball in 2008 to grow and develop netball in the Africa Region. The CGF were keen to see the high-performance gap in netball nations close and thus give more credibility to international competitions. 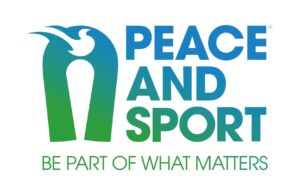 A neutral and apolitical international initiative based in the Principality of Monaco, Peace and Sport/ L’Organisation pour la Paix par le Sport puts sport and its values at the heart of local development projects conducted within communities in crisis around the world. Exercising its missions in post-conflict zones, areas of extreme poverty or lacking social cohesion, Peace and Sport makes sport a vehicle for tolerance, respect, sharing and citizenship at the service of sustainable peace.

In Burundi, World Netball and Peace and Sport joined together to introduce netball through a project, Netball for Peace. The project won a JAPPO Award in the Sports Humanitarian Category at the 2012 Africa International Sports Convention (CISA) for making a ‘significant contribution to peace and the promotion of sport in Africa’.

Netball was also one of the ten new sports featured in the third annual Friendship Games in Africa in July 2012. The Games, organised by Peace and Sport, are the centrepiece of an extensive peace-building programme that uses sport to encourage the process of national unity and ethnic reconciliation in the Great Lakes region.

The World Academy of Sport was established in June 2005 and formally launched in December of the same year. The Academy provides world leading educational programmes to international sporting federations and their member constituents around the world.

The World Academy of Sport offers a range of educational programmes with a truly global reach creating a centre of excellence and delivering world-class education to the global sporting community.

World Netball linked with the World Academy of Sport in 2006 under the banner of the Netball Academy to deliver world-class academic programmes that are in touch with industry trends and developments, for administrators, event organisers, former athletes and other members in the netball business.

Modules from this executive series have also been tailored and delivered successfully as bespoke education programmes for the World Netball Member National Federations at the World Netball Congress, and around other international netball events.

The Post Graduate Certificate in Sport Management, delivered in partnership with the Royal Holloway, University of London (RHUL) is also available for students, athletes and those wishing to gain entry into netball management.

Leaders in sports ball engineering for over 180 years, Gilbert brought their unrivalled experience to netball in the 1990s, and have gone on to produce the best-performing patented grip pattern available. Gilbert has perfected the use of new synthetic technologies – as seen with the World Netball Official Ball. The Gilbert ball is the choice of many of the world’s leading netball teams and tournaments, and most of the world’s leading netball nations use it exclusively.

Gilbert netball kit is also becoming the first choice for netballers at all levels. As well as World Netball officials, many national sides have chosen Gilbert team clothing.