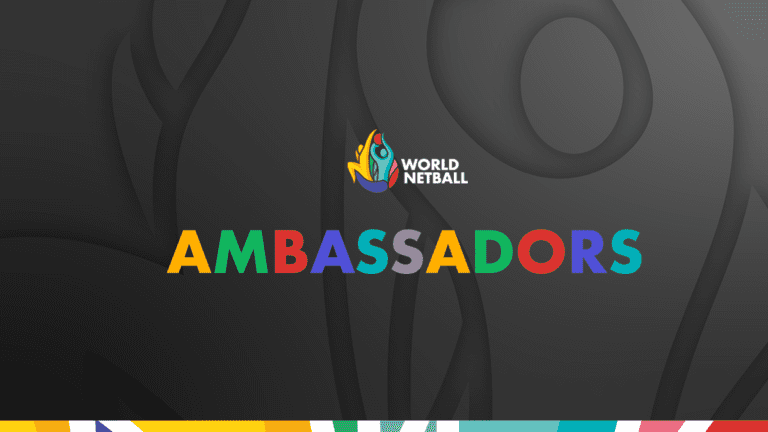 Each represents a core value of World Netball: Excellence, Teamwork, Heart, Integrity, Courage, Athlete and Leadership. Together the values reflect World Netball’s commitment to operating within an ETHICAL framework.

World Netball Ambassadors will help create a better world through netball and play a key role in World Netball’s Vision: to inspire netballers to embrace opportunities and achieve their potential, and mission: to expand netball’s worldwide reach and impact.

Take a look at our Ambassadors below and follow us on social media as we make the announcements over the coming weeks.

Director of Sports and PE teach Sara Donovan became World Netball's official Courage Ambassador in August 2021. Sara was chosen by a judging panel after being nominated by the netball family for this role as part of the 'Your Netball World' campaign. Sara embodies World Netball's Courage Value with bravery, decisiveness, and perseverance. The Essex-born netballer moved to the UAE in 2009 with the aim of raising female sports profile, and by 2015 she was the chair of the Dubai Netball League which she has helped to increase its membership to almost 300 women. Sara's journey to grow netball hasn't been easy as at the age of 39 she was diagnosed with stage 3 breast cancer. Sara has now had 16 sessions of chemotherapy, a double mastectomy, 25 sessions of radiotherapy and reconstructive surgery. Despite all of this, Sara has remained playing, coaching, and teaching throughout.

President of Americas Netball and World Netball Board Director for Americas, Marva Bernard OD became World Netball Teamwork ambassador in August 2021. Marva has been immersed in the netball world for over 40 years, and is credited with being the driving force behind taking the sport to new heights during her 10-year tenure as Jamaica Netball Association President. Marva has worked with World Netball's Regions and Members and the netball family to develop and grow the sport in new and existing territories, with the ethos of improving the lives of netballers educationally, socially and economically. There are many women around the world that have benefitted from Marva's dedication and teamwork, in particular the Americas region.

Shamera Sterling is a Jamaican netball player and is one of the world's most exciting netball talents, currently stamping her authority in the word's best netball competition, the Suncorp Super Netball league with her team Adelaide Thunderbirds. Shamera was part of the Jamaican squad that won bronze at the 2018 Commonwealth Games and has also played for Loughborough Lightening in the Netball Superleague. Shamera has set the world alight with her excitement, passion and skill and has become a popular and inspiring role model for women and girls at all levels of the game.

Gary Burgess is one of the sport's most recognisable and well-respected umpires. After first picking up a whistle at University to enhance his future employability as a school PE teacher, Burgess has since taken charge of two Commonwealth Games gold matches, three Netball World Cup finals and 12 Vitality Netball Superleague Grand Finals. Gary's career has spanned over 20 years and has over 100 international umpiring caps to his name, becoming the first umpire in the UK to achieve the milestone during 2019's Netball World Cup in Liverpool. Gary was included in England Netball's Hall of Fame at the 2016 Goalden Globe Awards and currently holds the position of Head of Officiating at England Netball.

Charmaine Soh is captain of the Singapore National team and is Singapore's most-capped player. Charmaine has competed in 3 Netball World Cup's in 2011, 2015, and 2019 where she officially captained the team. Soh has become one of the most recognisable athletes for the sport and the Asia region and has recently launched her Stellar Netball Academy, creating pathways into the sport for young women and girls, a passion of Charmaine's.

Mary Waya started playing international netball for Malawi at the tender age of 14 and has since become the nation’s most high-profile player having played in more than 200 international matches. These include competing in two World Netball Series, three Commonwealth Games and two Netball World Cups. Following the 2007 World Netball Championships where the Malawian team finished 5 , their highest ever placing, Waya became known for pioneering Malawian netball on the international scene. In addition to being an international netballer, Waya is also an international coach for the Tanzania National Netball team and off the court has become a role model to millions of women around the world. Through the set-up of her ‘Mary Waya Foundation’ – a non-profit sports academy in Malawi that aims to empower local Africa women through sport – Waya has created opportunities for young women and girls to develop and form lasting friendships through the sport of netball.