Netball continues to grow around the world with over 20 million women and girls playing the sport which can be attributed to the success of major events such as the Netball World Youth Cup 2017, Gaborone, Commonwealth Games 2018, Gold Coast, and the Netball World Cup 2019, Liverpool. Through World Class Officiating, World Netball is committed to developing and improving officiating for international events. 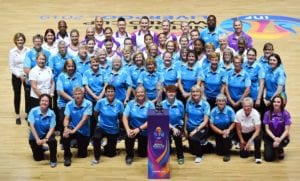