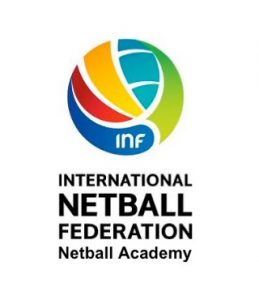 The INF Netball Academy is based on the principle of ongoing, lifelong, learning and development, aimed at empowering INF Members to become the best they can be.

Components of the Academy include:

INF delivers a number of training programmes linked to the three strategic pillars of Governing With Integrity, World Class Events and Empowering through Netball.  INF is developing a series of workshops to be held at Congress 2017 for Members; the programme will be confirmed early in 2017 and Members will be advised.

The INF links up with external agencies and providers to promote existing education and training opportunities to Members – a number of our Members who are affiliated to their National Olympic Committee (NOC) may access Olympic Solidarity courses in their own countries.

One of the organisations the INF links with is the World Academy of Sport, who provides INF Members with access to executive education programmes that cover topics such as athlete performance pathways, international event management and sports federation management. They also offer Post Graduate Certificate in Sport Management which is intended for highly motivated and ambitious individuals who typically have a background in the sport industry and are looking to further develop their long term career.

For more information on all World Academy of Sport programmes please contact info@netball-academy.org or see details on their website  www.worldacademysport.com.

One of the key benefits of working internationally is the diverse range of practice that is developed and the potential for all INF members to learn from each other.

An Observer Programme took place at the INF Netball World Cup SYDNEY 2015. This Observer programme was developed in partnership with the Netball World Cup NWC2015 Sydney Organising Committee and the World Academy of Sport (WAoS), who run the highly acclaimed Observer Programme for the International Paralympic Committee at the Paralympic Games. It was attended by INF Members and non-Members who wanted to learn about the management and delivery of successful World Class events.

The programme flyer may be downloaded here.

Delegates were given access to back of house areas at the NWC (both the Allphones arena and the fantastic new ‘Netball Central’ venue)  and learnt directly from those responsible for delivering the NWC2015.  The INF presented on how to apply to be a host for INF events such as the NWC and the Fast5 Netball World Series.

INF is planning a programme during the NWYC2017 for potential and future hosts of the Netball World Youth Cup.  Details will be made available to Members early in 2017.

A 3 day camp for IUA and ITP was held before the Glasgow Commonwealth Games in 2014.

A Coaching and Officiating Seminar was held alongside the World Youth Netball Championships 2013 and INF Congress in Glasgow, in conjunction with Glasgow Life and the event organising committee.

For the wider audience, a highly successful coaching seminar was held alongside the Mission Foods World Netball Championships 2011, made possible with the kind support of the Singapore Sports Council.

The INF Coaching Advisory Panel worked with the Organising Committee of the Netball World Cup in Sydney August in 2015 to deliver a High Performance Coaching Seminar.

The Panel ran a coach education programme at the Nations Cup in Singapore in 2016 and is planning a similar programme aimed at intermediate level coaches during the Netball World Youth Cup in Gaborone Botswana on Tuesday 11th and Wednesday 12th of July 2017.  INF Members will be advised of the details of this early in 2017.