National Leagues Weekend Round Up (25-28th May) 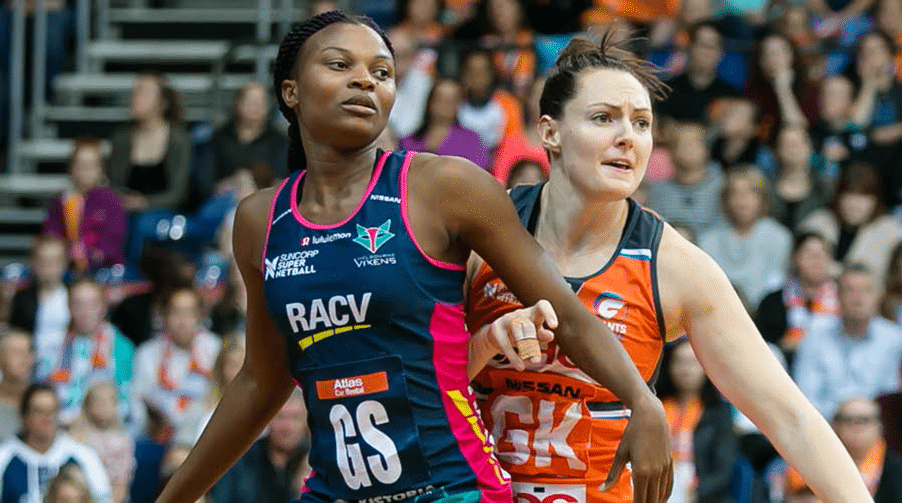 The story of round five in Australia’s Super Netball League, is that the league leaders, West Coast Fever suffered their first loss of the campaign courtesy of the Queensland Firebirds.

The contest saw Jamaica team mates and goal shooters Jhaniele Fowler Reid and Romelda Aiken square off against each other. Both players led their respective team’s shooting, with Aiken converting 45/51 and Fowler-Reid converting 48/49. However, it was Aiken who will hold the bragging rights as her Firebirds side secured a 71-61 that brings Fever’s four game streak games to an end.

The Firebirds led throughout, collecting seven of the maximum eight points available. Mahalia Cassidy and Gabi Simpson were on fire in the mid court, turning over possession that helped the Firebirds see out the victory that takes them third in the table.

Elsewhere, the Giants claimed an important win over the Melbourne Vixens which sees them leapfrog the Vixens to second place. Despite Mwai Kumwenda’s perfect conversion rate for the Vixens (38/38), it was a stellar performance from Serena Guthrie in the centre that helped seal the deal for the Giants.

Defending champions, Sunshine Coast Lightning, have started to climb the table following their difficult start. After losing their opening three games, they have secured back to back wins – the latest coming against the Thunderbirds over the weekend.

Wasps 12 game winning streak came to an end at the weekend, as second place Loughborough Lightning inflicted Tamsin Greenway’s side their first defeat of the season.

Lightning led throughout in a packed out Ricoh Arena. Defender Shamera Sterling took the sting out of Wasps with numerous interceptions, which would allow her side to breakdown the other end where the trusty hands of Peace Proscovia were waiting to convert under the post. The convincing 60-47 win cuts the gap at the top to three, with Wasps having a game in hand.

Elsewhere, Team Bath lost some ground on the top four race with an away defeat to UWS Sirens. With Team Bath’s nearest top four rivals Manchester Thunder and benecosMavericks both securing wins over the weekend, Team Bath now find themselves three points adrift of 4th place.

To New Zealand, and Northern Mystics secured a significant victory over second placed Mainland Tactix. The four point victory sees them move one point behind second placed Tactix. Jamie Hume and Bailey Mes worked well in the goal circle for the Mystics and scored all of their goals in their 53-49 victory.

Central Pulse has kept up their perfect streak with an impressive 71-40 victory over defending champions Southern Steel. Teenage sensation Aliyah Dunn impressed yet again, converting a breathtaking 50/54 to keep up her incredible start of the season. Silver Fern Ameliaranne Ekenasio, also chipped in with goals to make it a club record five wins from five.

In South Africa, reigning champions the Gauteng Jaguars, have their 100% winning record in tact following a further two wins at the weekend. One of the wins came against former three time Brutal Fruits Premier League Champions, Free State Crinums.

Elsewhere, the Western Cape Southern Stings defeated the North West Flames 55-37 to move above them into second place on goal difference.

For the full results from the weekend click here.