The two undefeated sides met on day four in the Nations Cup, where the Cook Islands extended their winning streak to four games by defeating Swaziland. 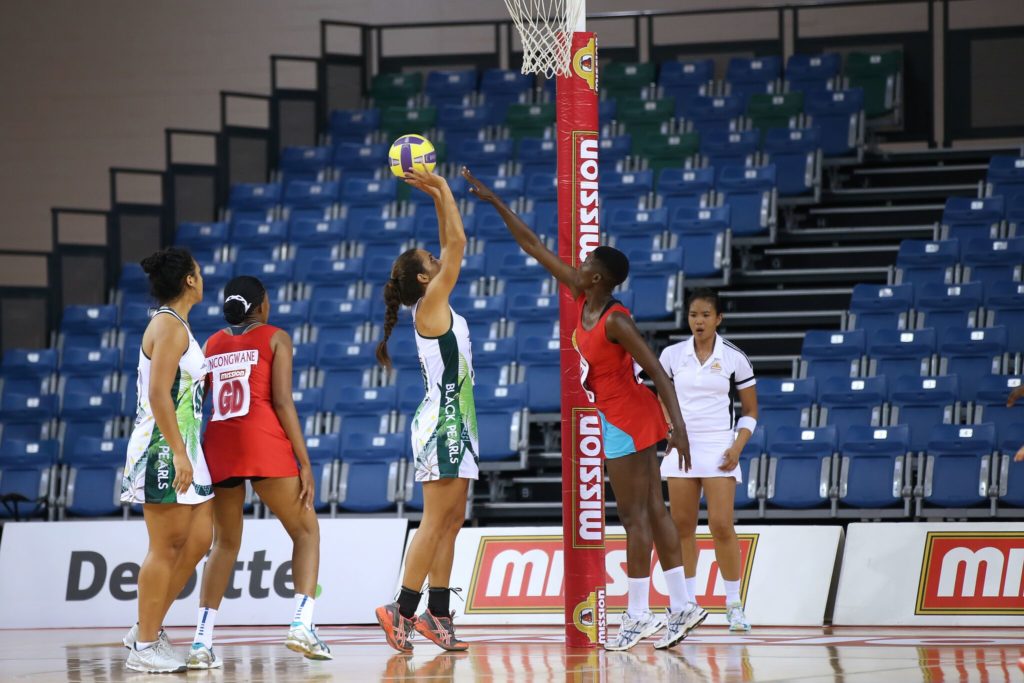 The biggest game of the competition so far began proceedings on day four. The top two sides, who were both undefeated, took to the court, knowing that a win will put them two points clear in 1st place. Both sides are the lowest ranked sides out of the six teams competing (Swaziland 30th, Cook Islands – un-ranked) but both have been leading the way throughout thus far.

Both teams started well, matching each other in the final third. A late Cook Islands goal at the end was the only thing to separate the sides as the first quarter finished 13-12. The lead changed hands in the second quarter as it was Swaziland who went into the break leading 28-25.

Once again the lead changed hands in the third quarter, showing just how close this match was. Cook Islands had restored their one goal lead, which was increased further in the final quarter. They maintained a 89% conversion rate throughout the game compared to Swaziland’s 80%. The Cook Islands now have breathing space at the top of the leaderboard.

The second game of the day featured Hong Kong and Ireland. The Irish were looking for their third victory of the campaign while Hong Kong was looking to get off the mark. Hong Kong did start well, taking an early lead but were pegged back before the end of the first quarter.

Ireland came out very strong in the second quarter and raced ahead. They took a ten goal lead into the second half. This lead did increase thanks to clinical play by shooter Melanie Ingram. Ireland eventually saw the lead out and secured their third victory of the tournament.

To close out day four, the hosts were back in action looking to win their second game of the competition. Malaysia were their opponents, who were victorious when the teams met in the SEA Games Gold Medal match back in August.

Singapore started well however, with the formidable pairing of Charmaine Soh and Toh Kai Wei linking up well in the final third. They helped their side into a 35-16 lead at half time.

The hosts looked impressive and kept up a 80% conversion rate throughout the game. Malaysia put a valiant fight back but the margin was too much to overcome.

With four games played it is the Cook Islands who lead the way with four wins from four. Ireland and Swaziland follow closely behind with three wins to their name. Both sides play each other in the next game. Singapore will be watching that game closely as they now have two victories to their name and will play top of the table Cook Islands next. Hong Kong and Malaysia are still searching for their first win, and will play each other next.

The final round of game will take place on Friday (8th) with a day of rest happening tomorrow (7th).