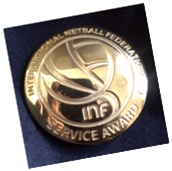 The INF Service Award is presented to any person who has given exceptional service to the Federation over a period of years at International level.

Nominations for service awards may be submitted to the Secretariat by the Board or by any Full Member at least three months prior to the INF Congress. The Board shall endorse any nominations, which, in their opinion meet the criteria for this prestigious award.

Click on their names above to view the full citation made during Congress. 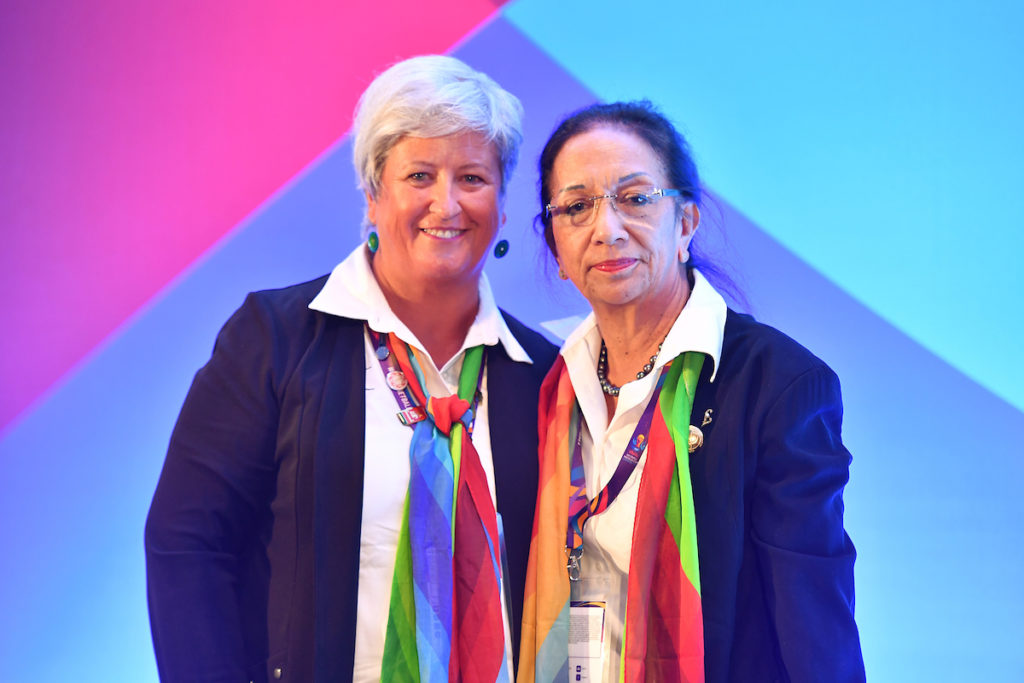 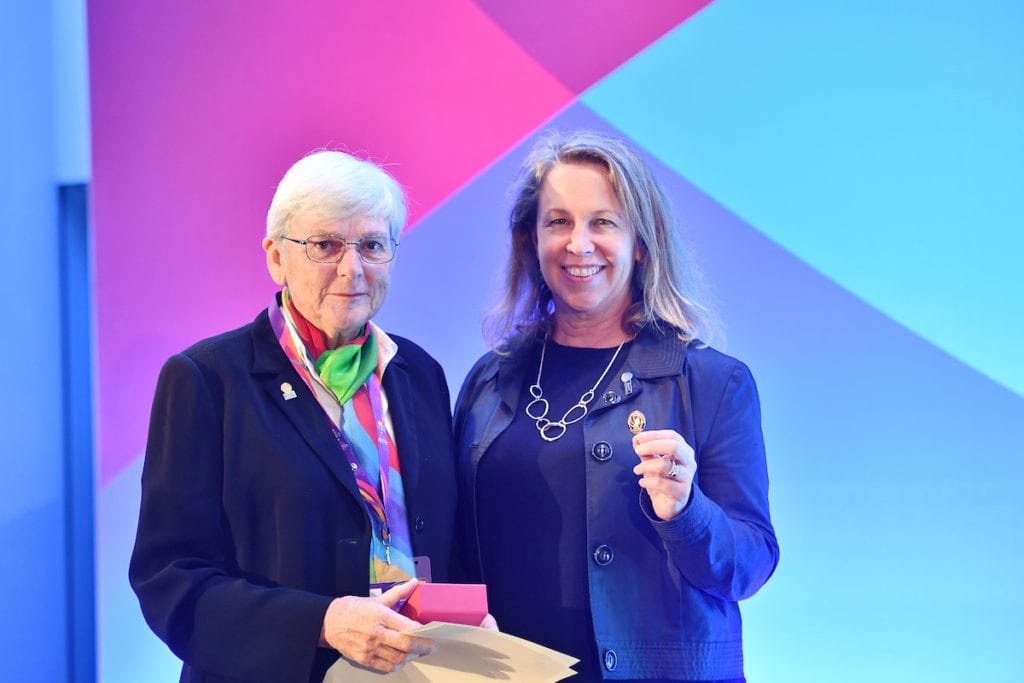 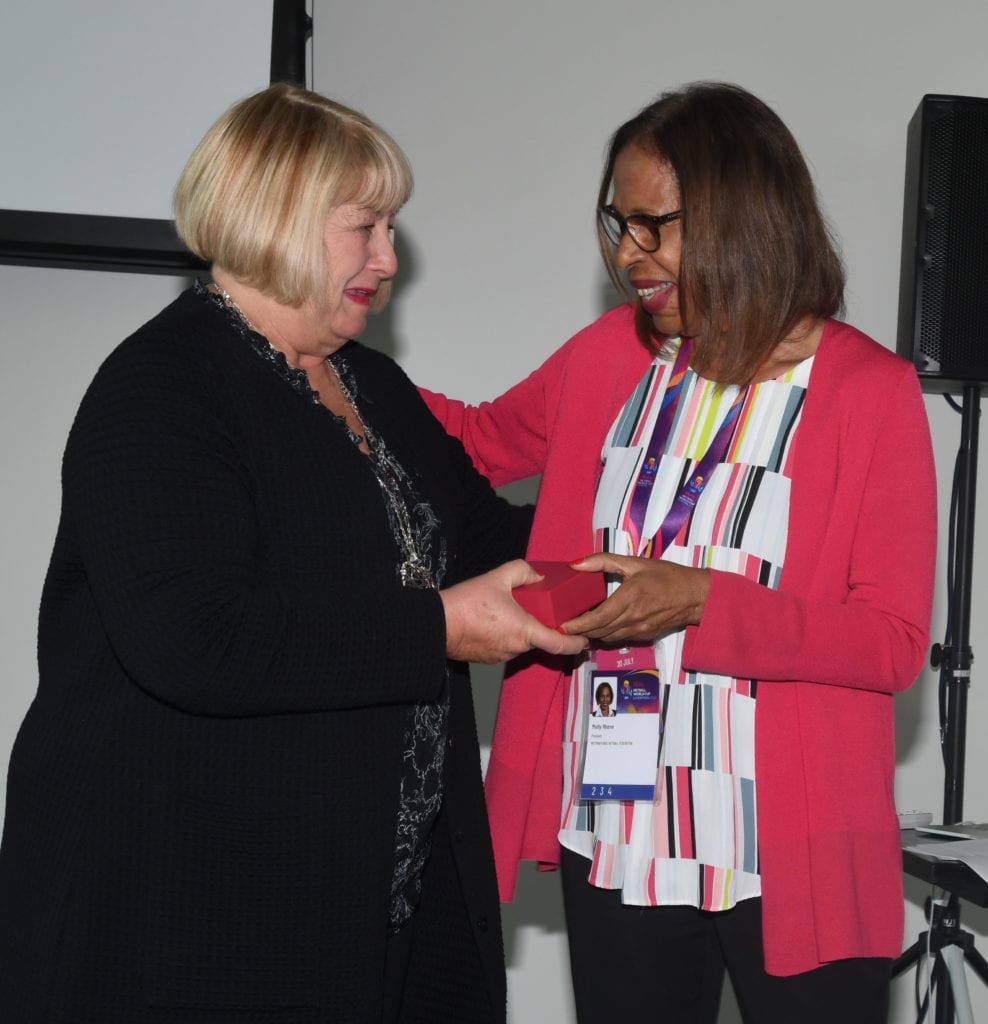 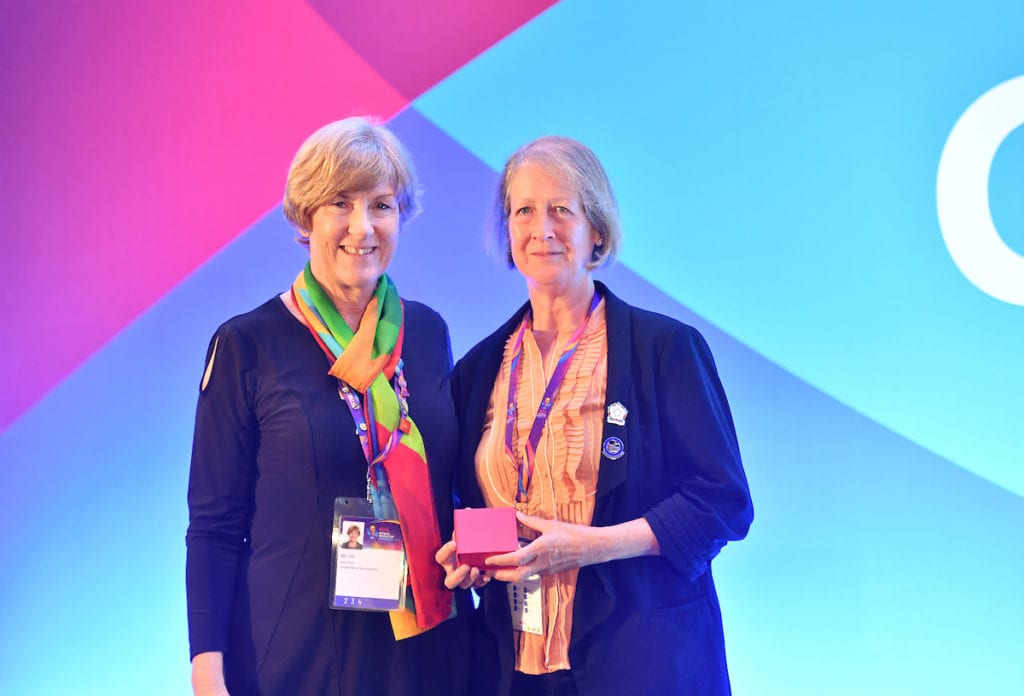 Congratulations to Dame Louis Muir, Kereyn Smith MNZM of New Zealand and Lucilla Seymour from the Cayman Islands who have all been honoured with the International Netball Federation Service Awards for their exceptional contribution to the Federation and to netball on an international scale over the years.

Dame Louis Muir and Kereyn Smith MNZM accepted the award in Invercargill during the recent Quad Series game between the Silver Ferns & Diamonds  by Further Director Shirley Hooper (pictured below). Lucilla Seymour will accept the award at a later date. 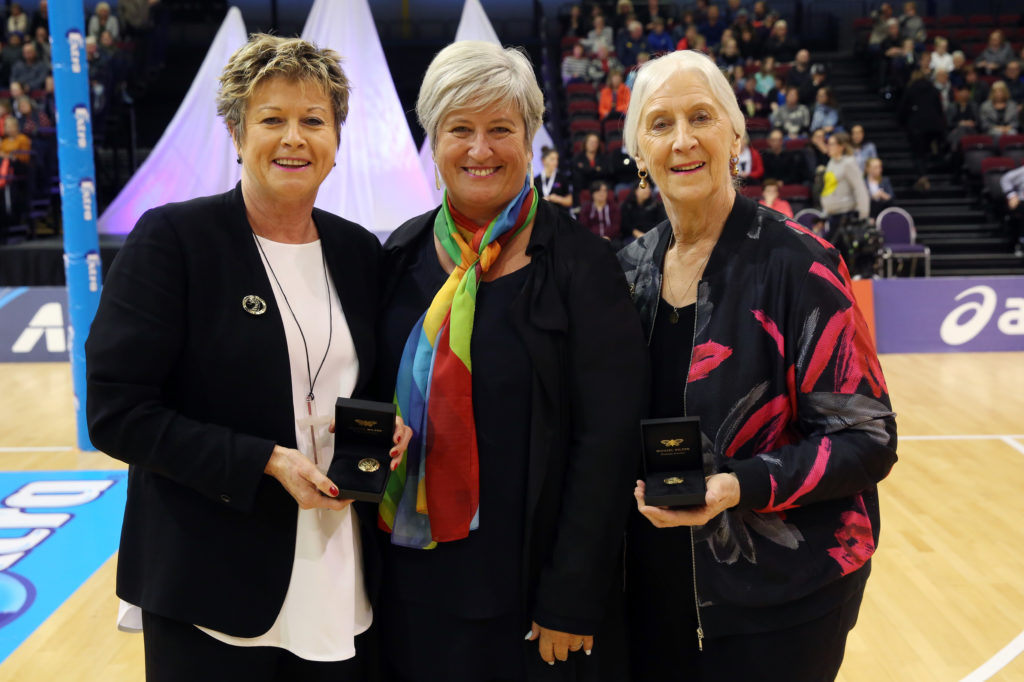 Congratulations to England’s Mary French and Cheryl Danson OBE, and Deborah Lynch Theobalds from Barbados, who have all been honoured with the International Netball Federation Service Award. This Award is in recognition of exceptional service given to the Federation over a period of years at international level.

Presentations were made by INF President, the Hon Molly Rhone OJ, CD at Congress in Sydney this week. 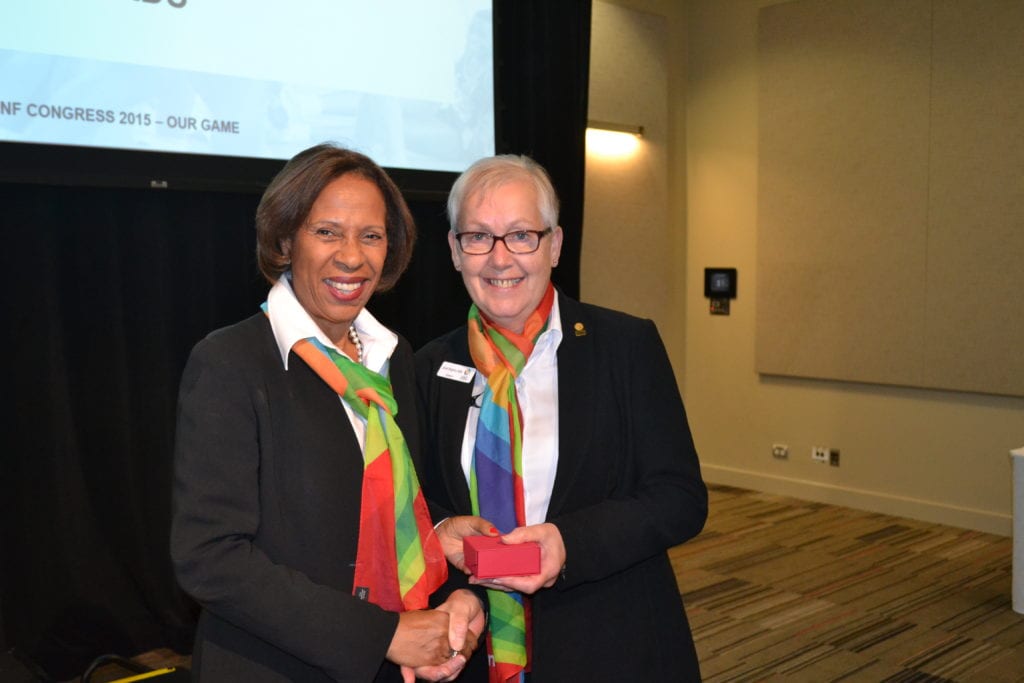 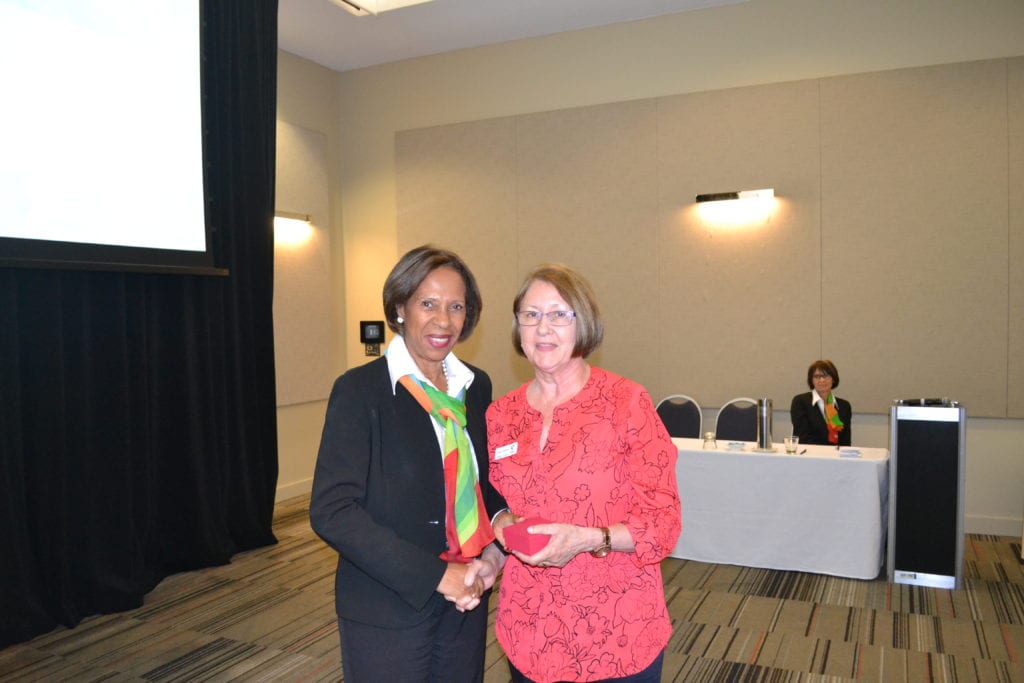 Click on their names to view the full citation made during Congress. 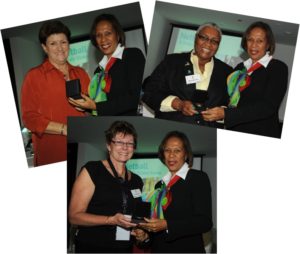 Congratulations to Jill McIntosh, Marva Bernard and Chris Burton who have all been awarded the International Netball Federation Service Award.  Presentations were made by INF President, Molly Rhone, Vice President, Sue Taylor, and Board Director, Tina Brown at Congress in Glasgow last month.

Jill has led the INF Coach Advisory Panel since 2009 and received her Award for her outstanding contribution to international coach education.  On receiving the Award, Jill said:  “Everything I do for netball is because I love it – I can give back because I love the sport.”

Marva Bernard was presented with her Award for her outstanding contribution to the administration of netball globally.  Her contribution to the netball community, particularly in her home country of Jamaica is deservedly recognised with the Award.  She said:  “This is really great.  I didn’t make it as a player or an umpire, nobody gave me a coaching job, so I did what I thought I did best – crunch some numbers for netball.”

Chris Burton’s Award was given for her outstanding contribution to umpiring.  Noeleen Dix, President of the Australian Netball Federation, accepted the Award on her behalf.  She said:  “Netball Australia is incredibly proud of the work Chris has done.  She has served sport with distinction and we are incredibly proud to have her as one of our members.”

Click on their names to view the full citation made during Congress.