Welcome to Netball World Officiating News – a new, quarterly newsletter dedicated to the world of netball officiating.  Read on for a quick round up off what has happened in International Officiating in the 1st quarter of 2017.

A new officiating webpage is available on the INF Website which was launched at the end of 2016: 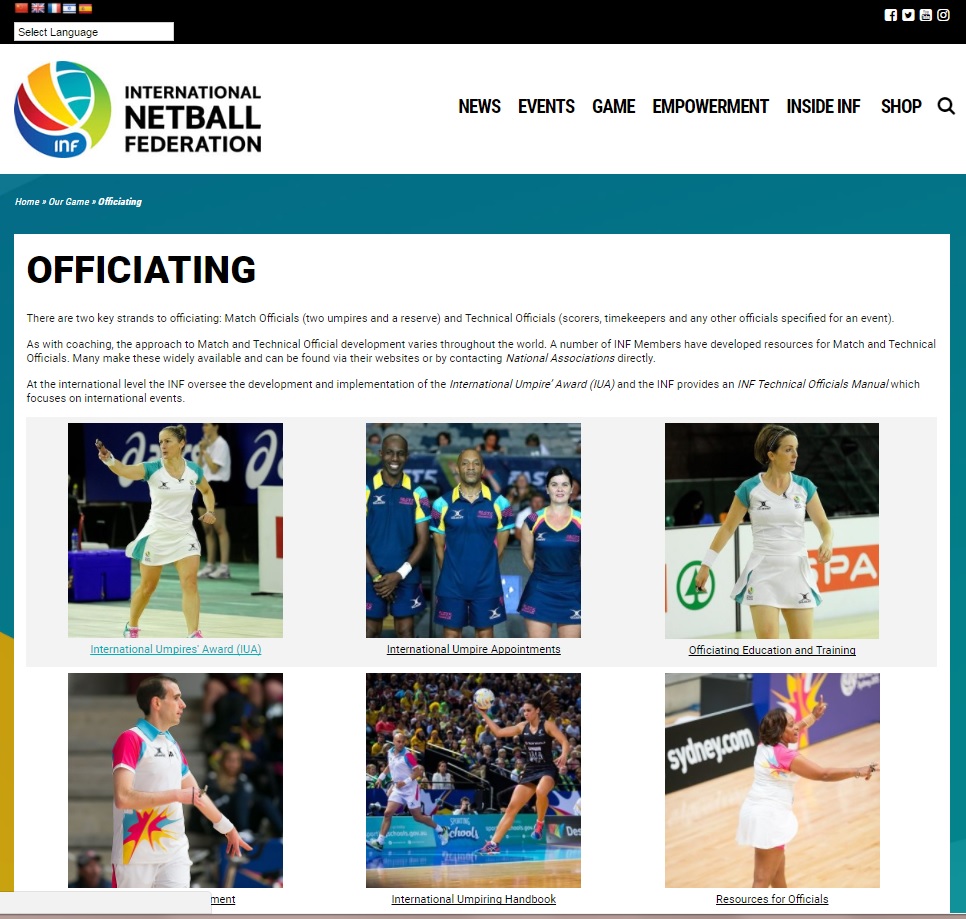 Officiating Advisory Groups (OAGs) that ran through 2016 came to a conclusion with the result being the International Umpiring Handbook containing updated procedures which are accessible on the INF Website: 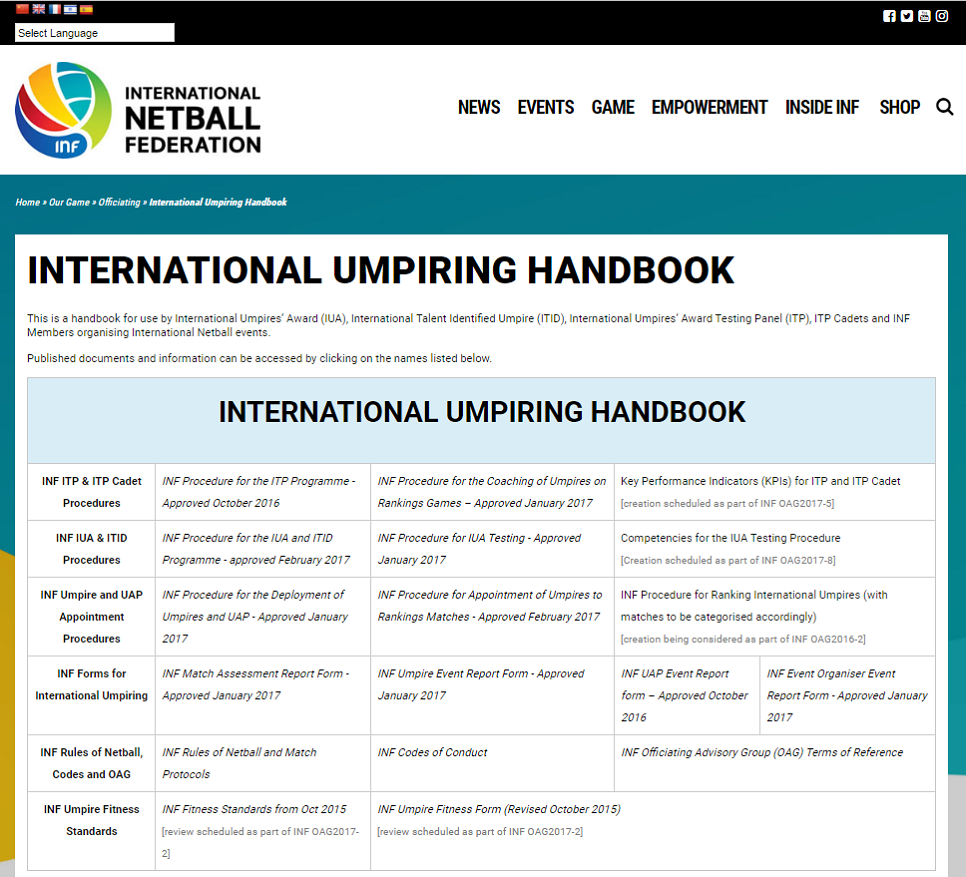 Membership of the OAGs due to commence in 2017 are currently being considered in line with the OAG Terms of Reference: 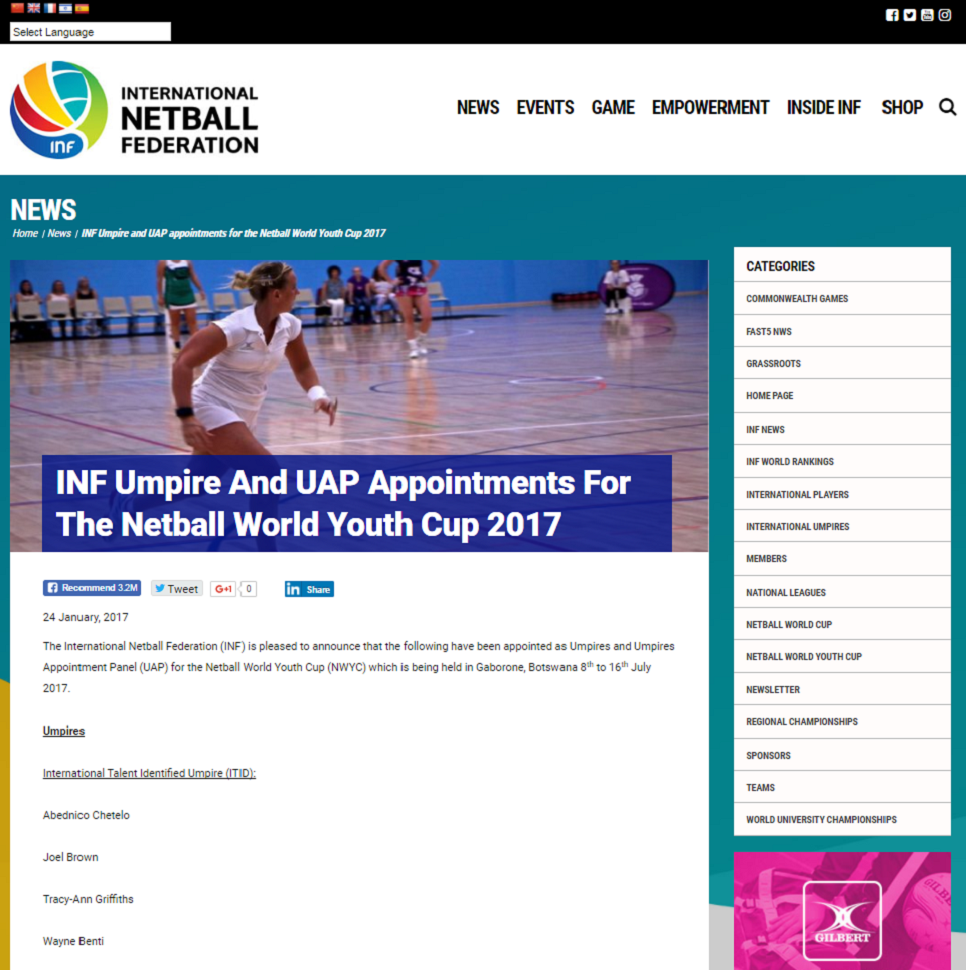 The INF Rules of Netball Guidelines are available on the INF Website which have to be used at international events and contains advice from INF Rules Advisory Panel (RAP) of the correct course of action that should be applied in given scenarios: 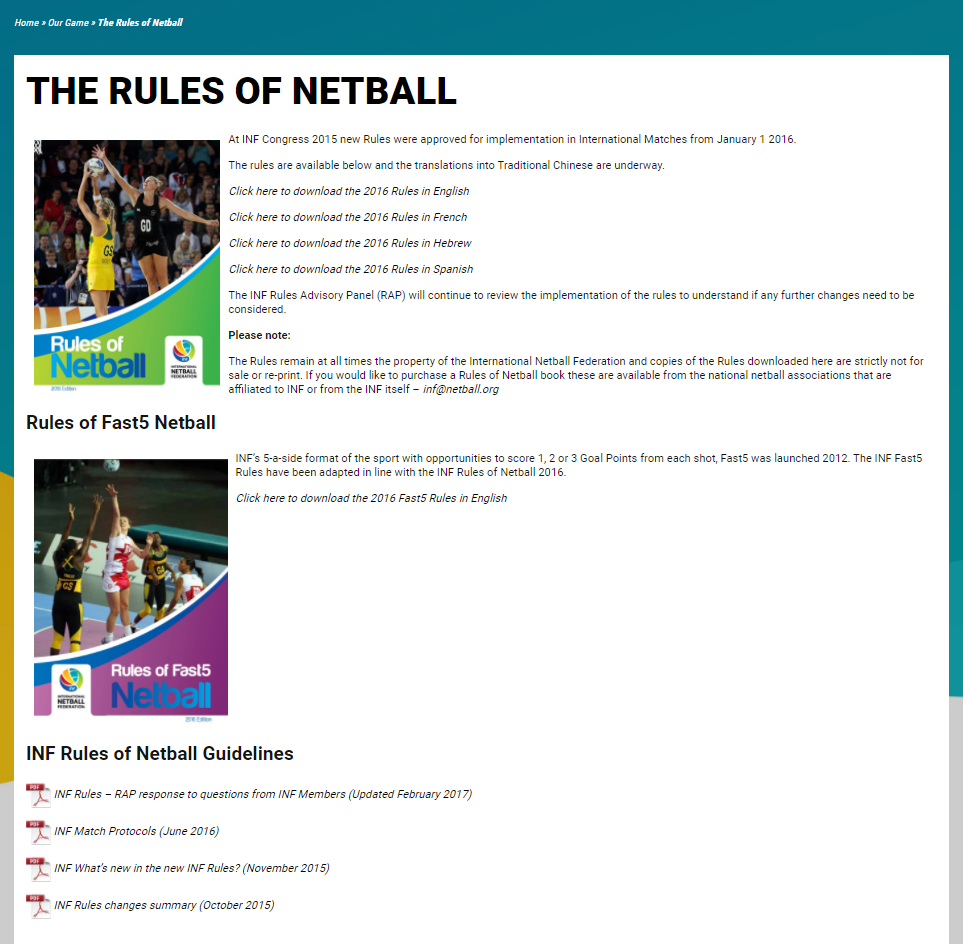 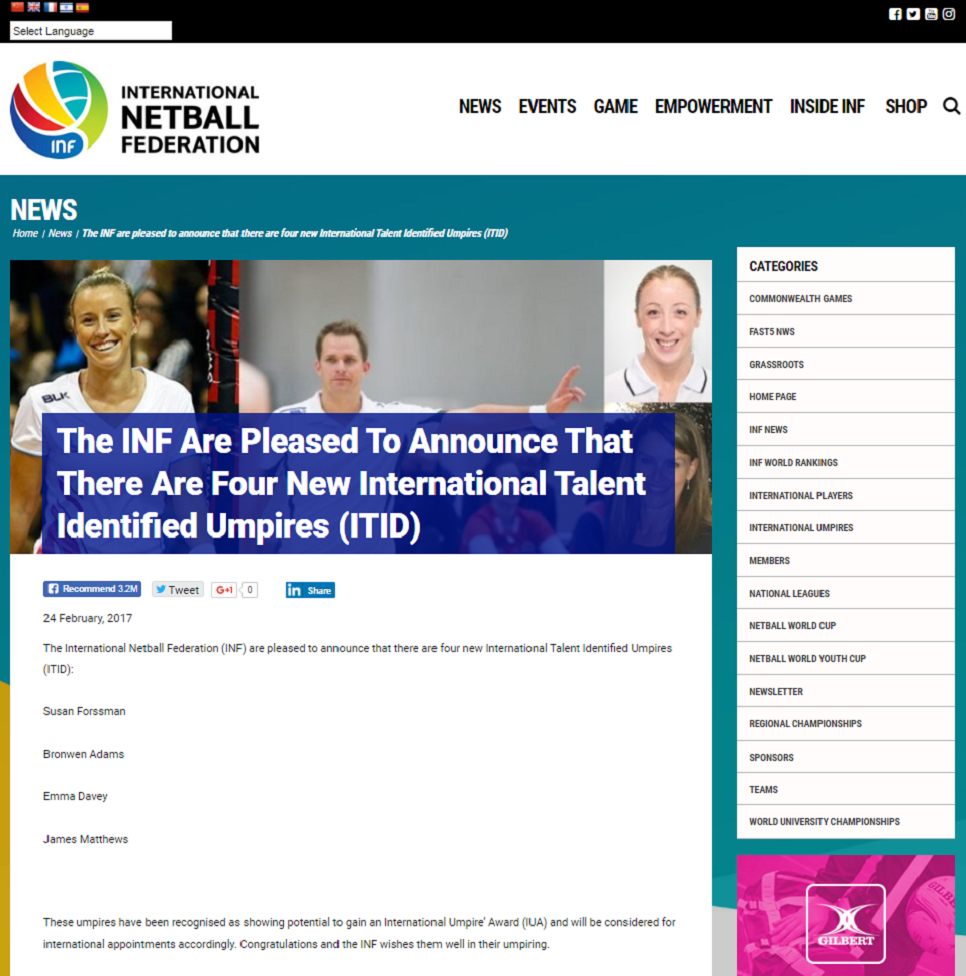 If you have any questions, concerns or good news to share please do get in touch.