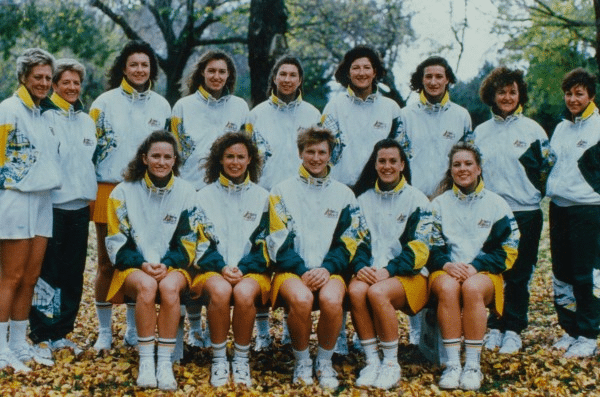 Australia became the first country to host two Netball World Cups, having held the event 28 years previous in Perth. It was the beginning of an era that was dominated by social media, smartphones and streaming television and marked a significant milestone in the coverage of women’s sports in general and netball specifically.

The event (then renamed to the World Netball Championships) marked the first time in Australian history that it had been televised live. The media coverage during the event was a little different to those that came before it. Noeleen Dix, who was the CEO of the 1991 World Netball Championships said, “There was greater promotion and focus because it was a world stage, as a world event it lifts the bar in terms of the interest from those that play, supporters and general public.”

Recently retired Australian captain, Anne Sargeant, was commentating at the event and reflects on how the competition took the sport to the next level. “Netball reached a broader audience in 1991, that final was exciting and netball reached another dimension that day. I went over that final game for the next six months. The public was talking about it in pubs and clubs – everywhere. It had a huge impact.”

Twenty teams participated in the 8th edition of the World Cup, the first held indoors. It was the first tournament that featured a semi finals and a outright final. Previous editions of the event were a straight round robin of two stages, with preliminary and final rounds but no actual final structure.

The Cayman Islands, Namibia, Samoa and Vanuatu all made their World Cup debuts in Sydney. Former joint champions, Trinidad & Tobago, did not compete at this World Cup, which still remains the only tournament that they have not featured in.

Jamaica’s Janet Johnson and Northern Ireland’s Elizabeth Rodgers, played in their fifth and final World Cup in Sydney 1991, equaling the record for most appearances set by Trinidad & Tobago’s Jean Pierre.

The Cook Islands were making their second appearance in the competition following their impressive debut four years previous in Glasgow. They once again impressed, and set a World Cup record which still stands today. They defeated Vanuatu 120-38, making it the highest score a single team has scored in the tournaments history. 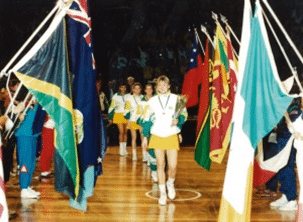 The final eventually came down to Australia and New Zealand, and it is often described as one of the greatest games in the history of the sport.

A sell out 10,050 capacity crowd were on hand in the Sydney Entertainment Centre to witness Australia capture their sixth title. One of those in attendance was the then Australian Prime Minister, Bob Hawke. Besides the Olympics, this was the first time the Prime Minister was present at a female sporting event and he’d later go on to say that it was the most exciting sporting contest he’d ever seen.

Australia stormed to a strong and spectacular finish. A key moment was when goal keeper Roselee Jencke intercepted a New Zealand attack late on that turned the match in Australia’s favor. The final finished 53-52 and Australia would win their sixth world title, their first on home soil.

The side was coached by Joyce Brown, who won her third world title as a coach. Joyce coached Australia to world cup glory in Auckland 1975 and Singapore 1983 prior to this triumph. 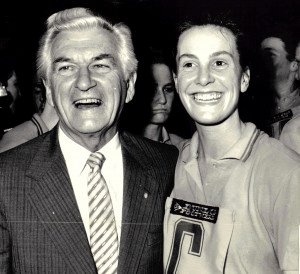 Prime Minister at the time Bob Hawke, was present at the final