Birmingham staged the 9th edition of the Netball World Cup that saw a record 27 teams participate. It was the reigning champions Australia who would outlast the field and claim a seventh world title.

Typically, the championship tends to come down to Australia and New Zealand, however, in 1995 Australia had a different opponent in the final, as South Africa made their return to international competition.

In line with the growing international reaction to apartheid in sport, the All England Netball Association Council withdrew its invitation in 1969 for the South African netball team to tour England. Following this, South Africa was isolated from international netball competitions as the team could not be selected on a multi-cultural basis.

This changed in 1994 following the election of the African National Congress (ANC) as the ruling party in South Africa and Nelson Mandela as President. A change in the selection of players to ensure representation of white and black players in the team resulted in the boycott being lifted.

Following 25 years of isolation, South Africa were back playing international netball and had nine months to prepare for the World Cup. 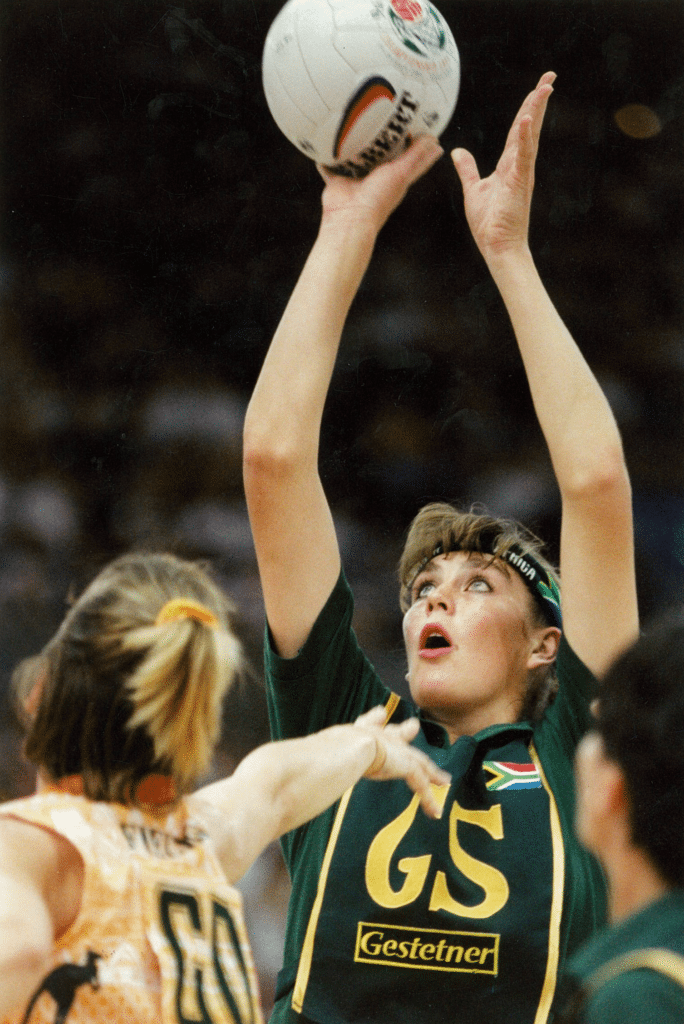 The debut of Irene van Dyk

The 1995 tournament marked the debut of one of the most influential players the sport has ever seen, Irene van Dyk. Irene represented South Africa at 23 years old in this tournament and didn’t realise just how popular the sport was: “I never realised such a lot of people came to watch netball and that it is televised.”

Irene recalls when legends like Joyce Brown and Yvonne Willering visited South Africa six months prior to the event to educate the South African squad on what to expect.

“They got us up to speed with what we were about to walk into. They helped us to understand one on one defence and zone defence and what we should practice. They taught us how to break things down and how we should do analysis because we had never done that before. The fact is they were invaluable to us.”

Irene and the rest of the squad absorbed all the advice that they had been given and put it in fruition in Birmingham. The key moment of the entire event was when South Africa pulled off an upset win over New Zealand in the second round group stage.

The South African side was still relatively unknown and barely anyone predicted that they would defeat New Zealand. The netball world was stunned and were all in owe at the sport’s newest superstar; Irene van Dyk.

She was influential in this game and made the goal circle her own. Every time South Africa got on the ball they would look to lob the New Zealand defence and get the ball into Irene’s hands. When the ball was in her hands she would nine times out of ten find the net. She would score all but a couple of South Africa’s goals in their historic 59-57 victory. 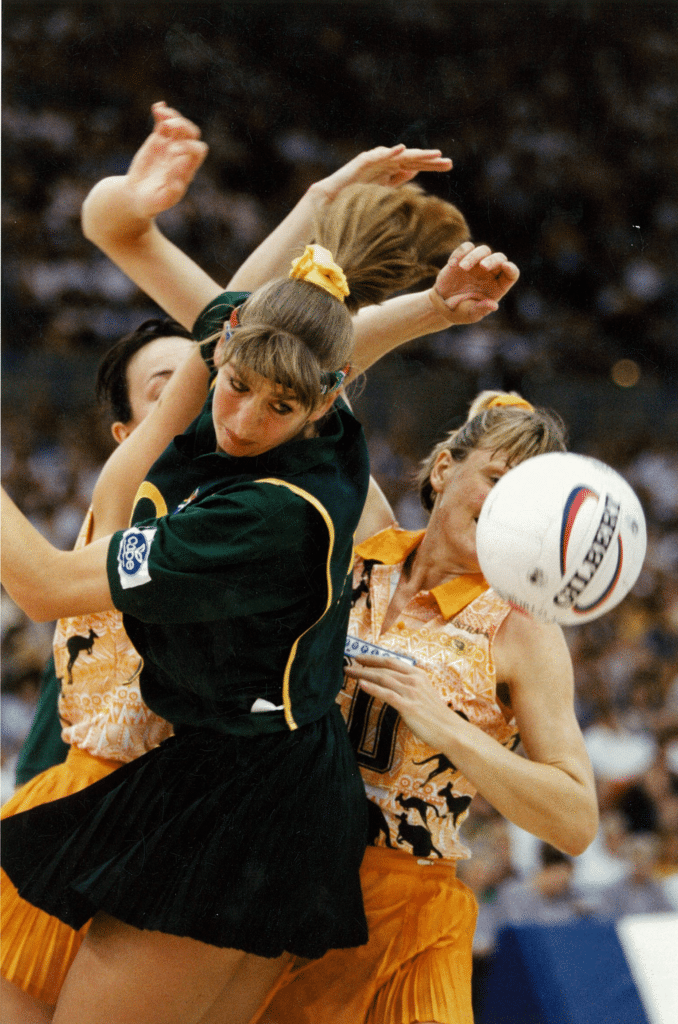 The final between Australia and South Africa wasn’t as close as the finals that had taken place in previous years as Australia would win by a 20 goal margin. Despite losing the final, the South Africa squad still returned home as heroes. “The 1995 Championship put netball in South Africa on the map,” says Irene. “We arrived at the airport and there were so many people welcoming us back. It lifted netball’s profile overnight.”

In addition to the increased media and fan attention, the South African team received a medal from Nelson Mandela personally, which was pretty significant, says Irene. “You just don’t know how lucky you are until things change and that was definitely one of my personal highlights.”

Trinidad and Tobago’s Jennifer Frank, made her fifth World Cup appearance becoming only the fourth player in history to do so. This edition of the event also marks the first time in which a trophy was presented to the winning team. 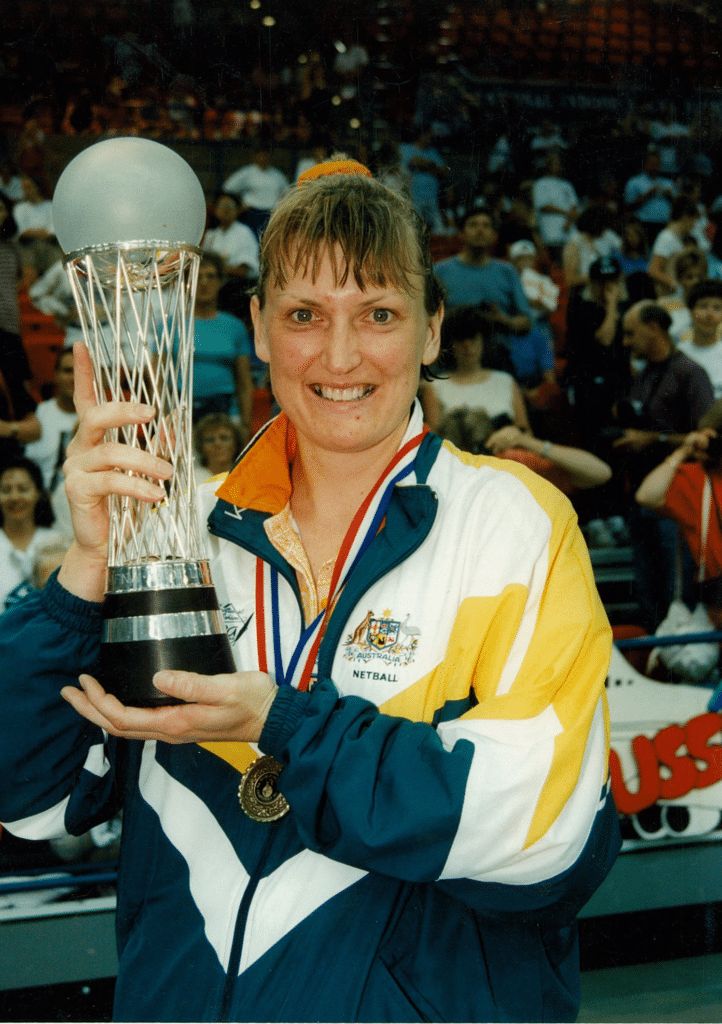 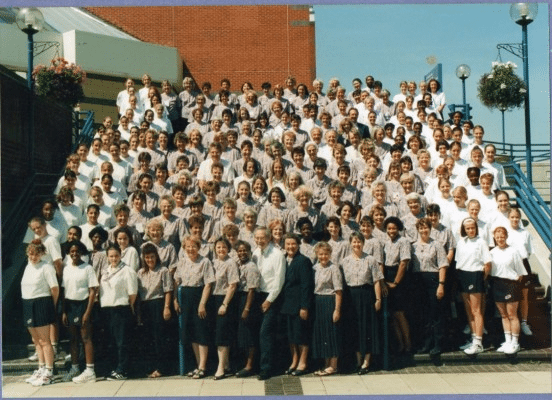 Volunteers at the 1995 World Cup