The Silver Ferns have featured in every netball event at the Commonwealth Games and have won either gold or silver every time. They won back to back gold medals in the 2006 and 2010 Games, but missed out on the three in a row in the last games in Glasgow.

The gold medal win that came in 2006 came on Australian soil, could they do it again twelve years later?

So far in 2018 New Zealand have had mixed fortunes. A third place finish at the Quad Series in January was their worse performance in that competition.  An extra time defeat to England was followed by a hard fought victory over South Africa. Their 19 point defeat to Australia was their worse result against the Diamonds for six years.

In March the Silver Ferns hosted fellow Commonwealth Games qualifiers, Jamaica, Malawi and Fiji for the Taini Jamison Trophy. The competition allowed coach Janine Southby to try different combinations in preparations for the Games. The Silver Ferns secured big wins over Malawi and Fiji but lost twice to Jamaica, their first ever back to back defeats to the Sunshine Girls.

Michaela Sokolich-Beatson was an uncapped Silver Fern Development Squad member when the Silver Ferns announced their squad. She has since made her debut at last months Taini Jamison Trophy. The defender joins eight other squad members for their inaugural appearance at a Commonwealth Games.

Only three members of the squad were present at Glasgow 2014. They are Katrina Grant, Maria Folau and Shannon Francois.

Ameliaranne Ekenasio has been recalled into the squad following a two year hiatus, as she took time away from the game to start a family.

Kayla Cullen was originally named in the squad but an ongoing knee injury has meant she has had to withdraw from the squad. She will be replaced by Claire Kersten who has three international caps for the Silver Ferns.

The Silver Ferns open their campaign against Uganda who will be making their Commonwealth Games debut. Uganda have enjoyed a meteoric rise up the INF World Rankings and are now currently in 7th.

They then play Wales, who in contrast to Uganda’s debut have only missed one tournament at the Games. This fixture took place in the first two netball tournaments at the Commonwealth Games but has not happened since. The Silver Ferns were victorious in both 1998 and 2002.

Another African side in Malawi will be next for New Zealand. This will be a rematch of four years ago, where New Zealand won by a slender three point margin. In Glasgow, the scores were 50-47.

Finally, the Silver Ferns play the Roses, England. Both sides are the highest ranked in Pool B, which suggests this may be a table topping clash. This fixture has been totally unpredictable in recent times with both sides coming away with wins. The latest installment of this fixture came at the Quad Series in January in which England took the win in extra time.

Get the very latest from the Silver Ferns camp by following them on Twitter here and liking them on Facebook here. 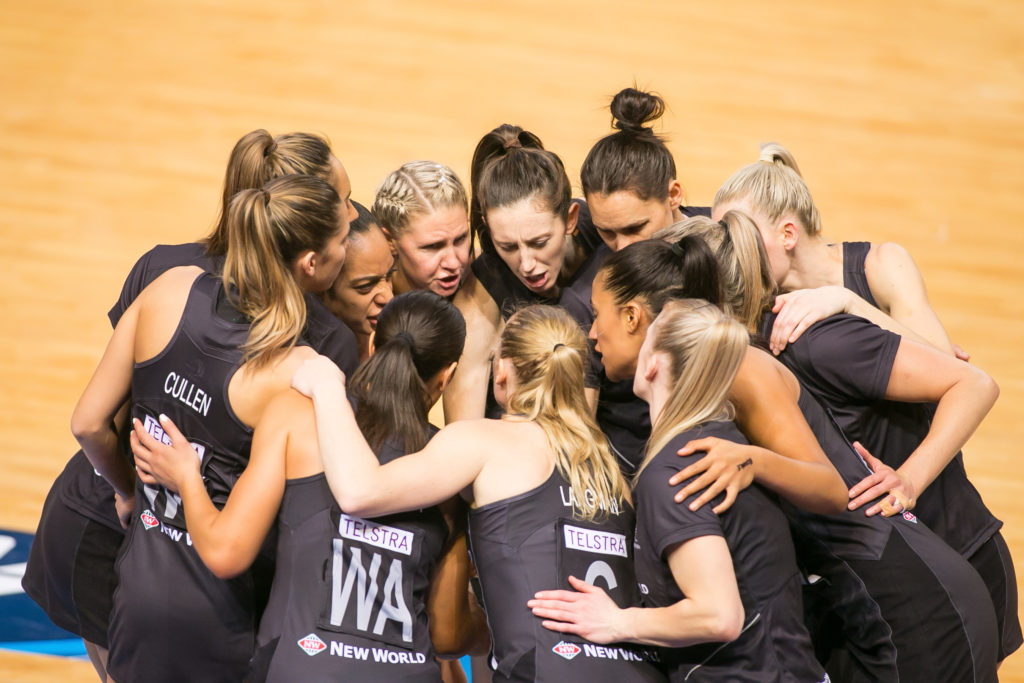