This will be the Fiji Pearls first appearance in the netball event at the Commonwealth Games since 2006. That competition was also in Australia and was Fiji’s best performance at the Games in their two appearances to date.

In their last Commonwealth Games outing, Matelita Shaw played a big part as she was Fiji’s top goal scorer with 137, the eighth highest in the competition.

Fiji will be battle hardened following their appearance at the Taini Jamison Trophy in March. They came up against New Zealand, Jamaica and Malawi in Auckland.

The new generation of Fiji Pearls will have the opportunity to shine on the Commonwealth Games stage. Following Fiji’s 4th placed finish at last year’s Netball World Youth Cup, many of the players have made the jump up to the senior squad and will be heading to the Gold Coast next month.

Experience also exists within the squad with the likes of Alesi Waqa, Nina Cirikisuva and Afa Rusivakula, making it a fairly balanced squad in terms of youth and experience.

Coach Vicki Wilson, has experienced the ultimate success at a Commonwealth Games before. She successfully led Australia to gold in the inaugural netball competition at the Games in 1998.

The second game of their campaign will be against Barbados who they also played in Manchester 2002. Fourteen years later they will meet again. In 2002 Fiji did narrowly lose the game by two goals. With only one space separating the two teams in the INF World Rankings expect this one to be another close game.

After a day of rest, Fiji will then play world number one Australia. The Pearls yet again played Australia back at the 2002 Games.

In their penultimate match, Fiji play South Africa. These sides last met in a two match test series that took place in September of last year and have met twice at the Games. In Melbourne 2006, South Africa were victorious in a close game, taking the victory by five points, 56-51. In Manchester 2002, the Proteas were successful again in another close encounter, on that occasion winning by ten, 52-42.

Finally, Fiji will play Northern Ireland, a side they have never played on the Commonwealth stage. These sides last met at the Netball Europe Open last October with Northern Ireland taking the win.

Get the very latest from the Fiji camp by linking them on Facebook here and by following them on Twitter here. 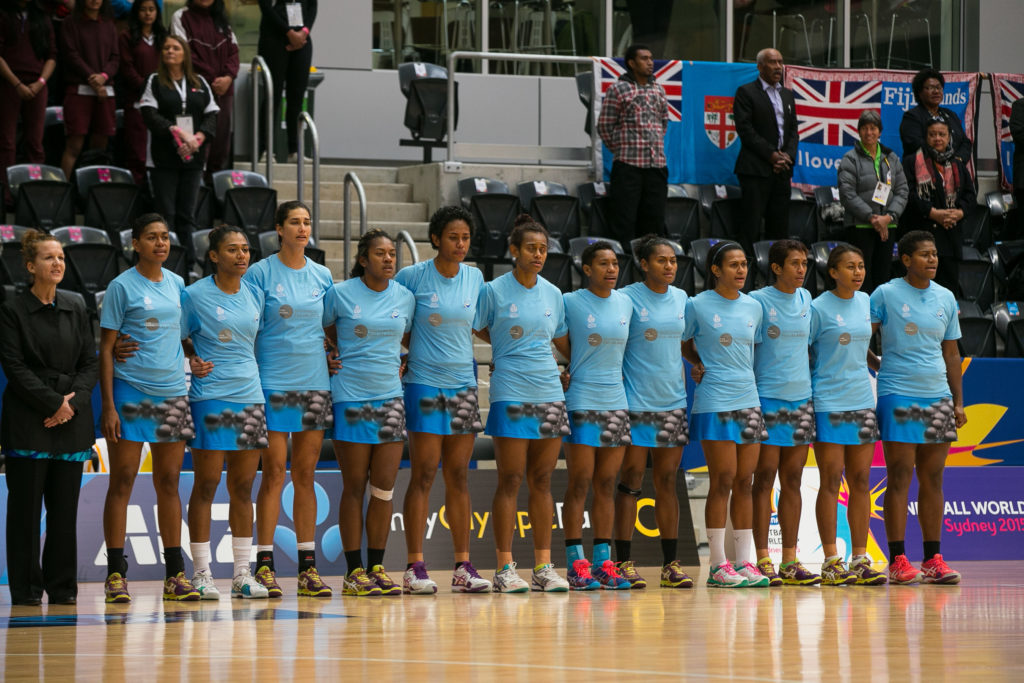