The England Roses are another side who have been ever present in the netball event at the Commonwealth Games. In five previous appearances, England have been on the podium three times although they have never finished above the bronze medal position.

England missed out on the medals all together in the last Commonwealth Games, being pipped to the Bronze by Jamaica, 52-48. The Roses were on the podium the last time the Commonwealth games was on Australian soil. They finished third in Melbourne 2006 after a 53-52 win against Jamaica.

Tracey Neville’s side had a good 2017, beating the Silver Ferns in New Zealand and winning the Netball Europe Open via a clean sweep of victories. They have started 2018 in the same vein of good form. Finishing second in the January Quad Series, after victories over New Zealand and South Africa, was their highest finish in the competition.

There will be plenty of experience within Tracey Neville’s side at the Gold Coast. Eight of the twelve members of the squad have participated at a Games before with Geva Mentor about to participate in her fifth Commonwealth Games. This milestone will mean Mentor will have played at all but one netball event at the Commonwealth Games since its inclusion in 1998.

Elsewhere, Jade Clarke will be competing at her fourth Games whilst captain Ama Agbeze, Eboni Beckford-Chambers and Jo Harten will be representing the Roses for a third time on the Commonwealth stage.

Beth Cobden, Jodie Gibson, Natalie Haythornthwaite and Chelsea Pitman will be making their inaugural appearance at a Games this April.

The Roses play their first game against familiar opposition in the Scottish Thistles. Both sides met at the Netball Europe Open last October in which the Roses were victorious. Scotland have only competed in the netball event at the Games once, making this the first time these sides will meet on the Commonwealth stage.

England then play Malawi who they also met quite recently as they were victorious, 3-0, in a test series last November. These sides last met in the Commonwealth Games in Melbourne 2006. That day the Roses took the win with a 63-47 result.

Match number three will be against another African side in Uganda, where the She Cranes captain, Peace Proscovia, will be lining up against some of her Loughborough Lightning team mates. Uganda are making their netball debut at the Games, making this another first time encounter on the Commonwealth stage.

Another familiar clash awaits in the Roses fourth game, against close neighbors Wales. England and Wales have met twice at the Commonwealth Games with the most recent being at Glasgow 2014, which the Roses won by forty points.

England’s final match of the Preliminary Rounds is against the Silver Ferns, New Zealand. Both sides have been trading victories against each other as of late, with the Roses taking the latest win in extra time back in January at the Quad Series. They last met at the Games in Glasgow 2014 in the semi finals. It was heartbreak for the Roses during that match as they lost by just one goal, 35-34.

Get the latest from the England camp by following them on Twitter here and liking them on Facebook here. 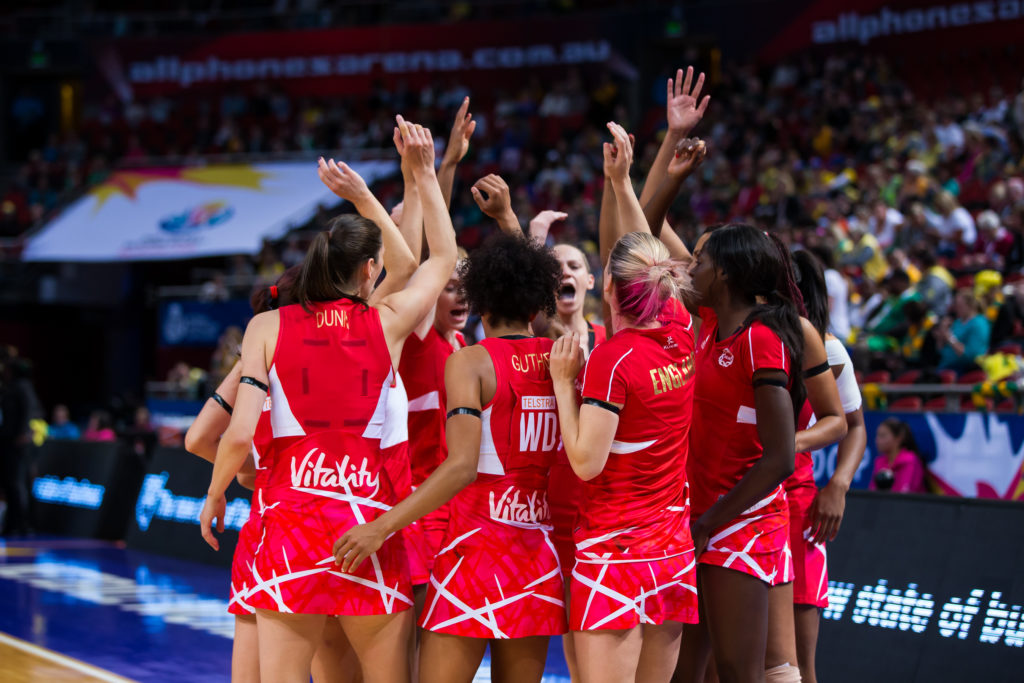