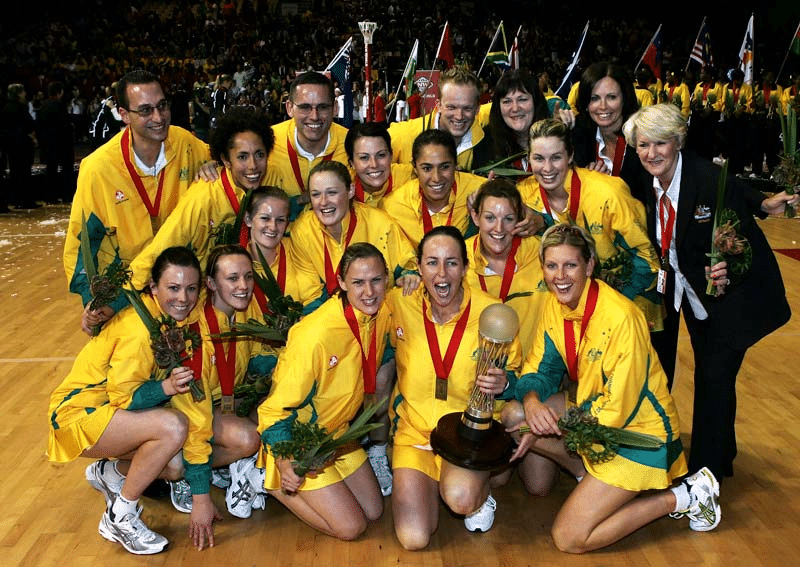 In a press release at the time, INF President Molly Rhone, said: “It is deeply regretted that we have had to take this decision, recognising the hard work in preparing to host their first senior World Championships.”

New Zealand stepped up and delivered a world class event within nine months.

The Trusts Stadium played host to the event and tickets for all the matches were sold out within five days of being on sale. When asked about the venue, then CEO of Netball New Zealand and former INF Board of Director, Raelene Castle said: “it gave the fans a homey feel, netball family kind of feel.”

The capacity crowd in the 4,500 seated stadium weren’t the only ones treated to the festival of netball as the matches were televised in half a dozen countries across the globe.

The 2007 event was the first in history to include a qualification process, in which occurred in two ways. The five top ranked teams from the 2003 World Cup were given seeded positions, with the rest of the participants being the top two placing nations from each of the five regions. Fiji’s place in the event was guaranteed as they were the original hosts.

Australia last won the championship in 1999, the last time it was held on New Zealand soil. They would repeat the same feat in 2007, and won their ninth title with a 42-38 win against the hosts in the final.

This World Cup was the final time we saw two iconic Australian players compete on the world’s stage. The captain, Liz Ellis was making her 4th and final appearance at the World Cup having played in 95, 99, 03 and 07 – picking up three titles in the process. Sharelle McMahon who won two world titles, was making her third and final appearance having played in 99, 03 and 07.

Malawi’s Mary Waya also made her final World Cup appearance in Auckland 2007. Mary also played in the 1995 championships and represented her country more than 200 times.

In contrast, this was Norma Plummer’s first World Cup as a coach. The last time the World Cup was held in Auckland in 1975, Norma was part of the winning Australian squad. 32 years later she would return to Auckland, this time as the Australian coach, in which she would lead the Diamonds to title number nine.