The following people have been named INF Service Award Holders 2017 at INF Congress in Gaborone, Botswana:  Dame Lois Muir from New Zealand, Kereyn Smith MNZM from New Zealand and Lucille Seymour from the Cayman Islands. Many congratulations to them all.

Please see their citations below. 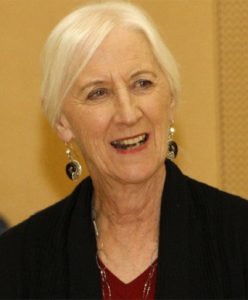 Coming from a small, conservative corner of southern New Zealand did nothing to deter the impact Lois Muir has had on netball both in New Zealand and around the world.  One of sport’s pioneers in the truest sense of the word, as a player, coach and administrator, Dame Lois’ influence has been profound.  A trailblazer as a player when vice-captain of the Silver Ferns at the first World Championships in 1963, Dame Lois continued to leave a blueprint for those who followed with an unrivalled and exceptionally successful 14-year tenure as Silver Ferns coach.   That was backed up by her unstinting administrative capabilities that helped propel netball and women’s sport into the limelight and onto an equal footing with their male counterparts.

Taking her place as a board member on many high-profile organisations helped Dame Lois gain leverage and expertise in the business and commercial worlds which greatly benefited netball.  Dame Lois quickly became a household name and much admired figure in her own country but that admiration and influence spread far beyond New Zealand’s shores as others took up her mantle in helping promote netball on the world stage.  She has coached generations of players from primary school age to the elite with the same vigour and passion without prejudice or bias, her sole aim being focussed on improving the netballing skills.

Dame Lois’ impact is probably best summed up through the eyes of the world’s most capped netballer, Irene van Dyk. When emigrating to New Zealand and going on to become the world’s greatest shooter, van Dyk had just the one wish at the time, and that was to be coached by Lois Muir.  Across the playing, coaching and administrative arenas, Dame Lois has proved peerless in her relentless and selfless quest to continue to grow netball, all done in a voluntary capacity for over 50 years. 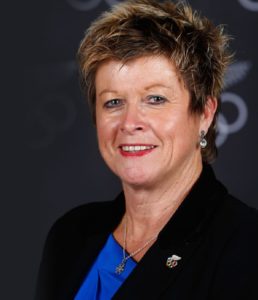 One of New Zealand’s most experienced and high-achieving sports administrators, Kereyn Smith has left a bold imprint across many codes but most noticeably, netball.   During her 11 years on the Board of Netball New Zealand, including six as Chair, closely followed by her five-year term as INF Vice-President, Kereyn was involved at a time of significant change for netball.  In her time with INF, Kereyn was involved with the delivery of many international events, including World Netball Championships, World Youth Cups, and the exciting new concept of the FastNet World Netball Series (now the FAST5 Netball World Series).  She was also instrumental in driving the restructure of the International Federation of Netball Associations to its current status (INF) as well as developing umpiring, coaching and marketing panels.

A key leader at the IFNA Congress Meetings in 2007, 2009 and 2011, Kereyn’s resourcefulness has helped netball communities around the world take the initiative in pushing the sport to new levels, and empowering its associated personnel.  With Netball New Zealand, Kereyn helped guide the transformation of the code from amateur to semi-professional status.  A leading advocate for increasing the profile and participation of women in sport, Kereyn was the first female in the 100-year history of the New Zealand Olympic Committee (NZOC) to be appointed to the CEO role and her influence has reverberated far and wide while winning international acclaim for this work.

Kereyn has an exemplary track record in organisational growth and development backed by strong leadership and advocacy skills, strategic expertise and commercial acumen from which INF has been a major beneficiary. 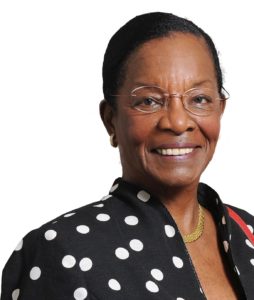 Lucille Seymour has been involved in netball locally, regionally, and internationally for 60 years as a young player at high school, college, university and as a coach and administrator in her native country, the Cayman Islands.  Lucille appreciated the importance of the game to young women and girls after her studies in Jamaica, where she was then coached by iconic netball administrator Leila Robinson.

She was a leader in the first regional netball tournament for Cayman in 1978. She became the president of Caribbean Netball in the same year

Lucille has been an administrator of netball since 1968 and has made many firsts for the Cayman Islands. She became its president in 1983. She was instrumental in leading the national team to Australia in 1991 and then England in 1995, New Zealand in 1999, Jamaica in 2003, and Canada in 2013.

Ms. Seymour introduced the playing of netball in all government schools.  In 1982, it became a compulsory sport in the schools. The result was the Cayman Islands inter-primary league.

Lucille saw her strength in moving netball forward as an administrator.  During her tenure, she endeavored for all to see netball as a sport that was not only to raise health and athletic awareness, but which gave women and girls an opportunity to think critically become good decision makers, as well as a stepping stone to be well-equipped for managerial positions. Apart from playing the sport, all national players were registered and worked in the young leaders’ program.

Ms. Seymour is a consummate fundraiser and mostly moved netball forward not through government grants, which were insubstantial, but through sponsorships and fundraising.  She believes the sport must also take on a self-help ethic if it wishes to move forward.

She raised funds to ensure that netballers who wished to advanced further in the sport or become Netball coaches would have that opportunity. She first launched this program in 1991, negotiating with Netball Australia to part sponsor two of her netballers to the Australia Institute of Sport. Other netballers attend GC Fosters in Jamaica to become coaches.

Ms. Seymour realized the talent pool of netball playing is stunted by the small population in the Cayman Islands and used her managerial and political relationships to work with overseas netball countries to have them come to Cayman to work closely with the players, engendering skills, aspirations, and longevity of the sport.

Through Lucille, netball was the first sport to introduce child protection policies in the Cayman Islands. As a result, she worked assiduously with the Ministry of Sport to bring all sporting bodies on board.

The people in the Cayman Islands hail Lucille as the pivotal person for netball prominence and longevity in the Cayman Islands. She is appreciated for the role she has had in raising the bar for girls and women in netball. A great majority of professional and skilled women, (who were former nationals) praise her for her steadfastness in keeping the sport alive.

Her Majesty Queen Elizabeth the Second honored Lucille in 1993 for her contribution to the sport, community, and education.

Lucille worked with the Dart group in producing a film on Cayman netball. This was presented during an honor ceremony for pass National players coaches and umpires in the presence of Government, and private sponsors and the general public.

Lucille has contributed significantly to netball locally, regionally, and internationally. She sat around the table as a delegate in many settings and, through her great ability to be a positively critical visionary, has contributed significantly to moving the sport forward in all spheres. We also thank her for the financial contributions she has provided to netball over the years.