Development of Coaches, Officials and Administrators at Grassroots Level

If netball is to grow to become an even greater global game, the development of coaches, officials and administrators all around the world is essential. This week we’re focusing on how this is being progressed from the grassroots of some of our smaller member countries – from Gibraltar to Hong Kong.

Gibraltar
Gibraltar has recently congratulated 18 more aspiring umpires on completing their C Award workshop. All will now receive mentoring and support to achieve their C Award, and continue to develop their umpiring skills. 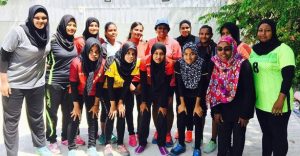 The Maldives
Thirteen women in The Maldives have taken the first step on their netball coaching journey, by completing the Asian Netball Federation Basic Coaching Certificate. With plenty of netball activity in The Maldives, we’re confident that their skills will be in high demand.

Barbados
Netball is on the programme for Barbados’ first national multi-sport Games, to be held to celebrate 50 years of independence from the United Kingdom. Chairman of the Games committee, Trevor Browne, has been clear that the event will showcase not only athletic talent, but coaching, administrative and other technical skills, as well as the business areas of sport.

Hong Kong
Well done to everyone who completed their Development Coaching Course (Level 1) Accreditation recently. Hong Kong Netball Association report that the new coaches all got a good work out from their participation!

Israel
Israel Netball have kicked off their eighth season in style, with netballers from all six of their clubs gathering in Modi’in, a city in the centre of the country. Players, umpires and organisers aged between 15 and 65 enjoyed catching up with old friends and getting to know new players.