has won the rights to host the second staging of the Netball World Youth Cup 2021.

The tournament will be held at the Vodafone Arena in Suva, Fiji, which was constructed to host the Pacific Games and is widely renowned for hosting netball events.

INF President, the Hon. Molly Rhone, OJ, CD, said: “On behalf of the Board of the International Netball Federation, I am delighted to announce that Netball Fiji has been awarded the rights to host the Netball World Youth Cup 2021.

“We considered two excellent applications from Netball Fiji and Netball Samoa.  It was a tough decision but Fiji’s bid was particularly strong, demonstrating a good state of readiness and real potential as host nation for our flagship youth event.

“We have every confidence that Netball Fiji will deliver a thrilling world class event and are grateful to the Government of Fiji for their strong support.  We very much look forward to working with the Organising Committee to bring our second Netball World Youth Cup to the beautiful city of Suva.”

Netball Fiji President, Wainikiti Bogidrau, said:  “Being awarded the rights to host the NWYC 2021 is indeed an honour and we appreciate all the countries and organisations that supported us in our bid inclusive of the Government of Fiji and the Fiji National Sports Commission. We look forward to hosting the international netball community in Suva in 2021 to showcase what our country and capital city has to offer as a sporting destination.” 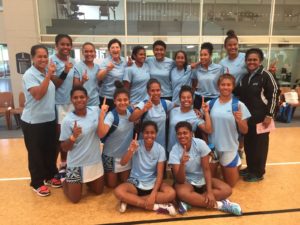 will be held in Gaborone, Botswana this July with twenty countries competing from all of the INF’s five regions, following qualifying rounds.

Previously known as the World Youth Netball Championships, the event has been held every four years since 1988.

The last Championships was held in 2013 in Glasgow, Scotland, and was won by New Zealand.