Happy New Year from the International Netball Federation! We have so much to look forward to as a sport – in 2017 and beyond. Read on to see our new year message, and discover more about our plans to 2020. 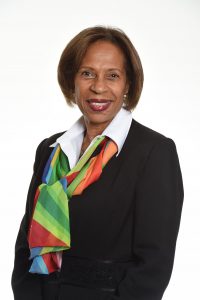 When I reflect on 2016, I am filled with a sense of pride for everything that has been achieved throughout the year. Netball is growing, not just in participation around the world, but in awareness too, as a sport that exemplifies everything that is best in sport.

I look forward to an even more successful year for netball and wish each and every one of you a very safe and productive 2017.

Netball 2020
We recently launched Netball 2020 – the vision and plan that will drive world netball forward. Our Strategic Priorities – Governing with Integrity, Thrilling World Class Events and Empowering through Netball – will be at the heart of everything we do over the next four years.

New for 2017
To match our bold ambitions, we have a new website at www.netball.org. If you crave netball updates between newsletters, this is the place for you. It’s also the place to download copies of the rules, check the latest world rankings, view the international events calendar and learn more about our empowerment work.

INF and Gilbert sign new four-year agreement
We are delighted to announce that Gilbert has been chosen as the official supplier and exclusive ball by the International Netball Federation for use in all INF events.  These include the Netball World Youth Cup 2017 in Gaborone, Botswana, the Netball World Cup 2019 in Liverpool, England, and the Fast5 Netball World Series in Melbourne, Australia.  Gilbert will also continue as the official kit supplier of match officials and other technical officials for all international umpire appointments.

Read more about our extended partnership with Gilbert here.

International
It is now less than six months until our flagship event of 2017 – the Netball World Youth Cup. As part of their preparations for the big event, U21 teams from Australia, Fiji, New Zealand and Samoa meet this week for an international tournament. Best of luck to all four teams – we’ll bring you the results in our next newsletter.