The NWC2023 Qualifiers Africa runs from the 21st to the 27th of August 2023.  These are the second of the five qualifiers for the NWC2023. Much preparation has been done to guarantee an unforgettable experience for all teams, fans and spectators. 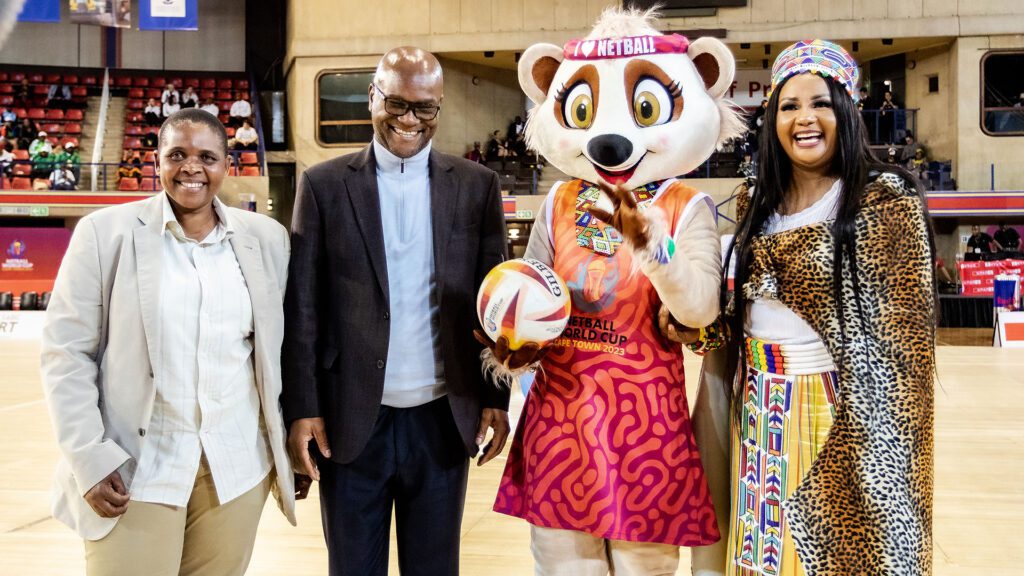 As part of the preparations for the NWC2023 a competition was announced in March 2022 with the theme “What does netball mean to me”, where the Netball Family were asking to design a mascot.

Out of all the entries, locally and internationally, the winning design came from 11-year-old Violet Cassidy from Manchester, UK, who explained . “I have chosen a meerkat because meerkat’s work together as a team and are native to South Africa,” she said.

The mascot was given a South African name “Letsatsi” meaning sun. In addition, the mascot will be dressed in the colours of the NWC2023, inclusive of all the countries that will be taking part in the event.

“World Netball refers to our teams, Member nations, officials, volunteers and fans as the Netball Family.  Violet’s choice of the meerkat, a highly social animal that lives in supportive family groups, is perfect for netball”.

The 16th edition of the Netball World Cup will be the first to be held in Africa since the first World Cup, held 60 years before in 1963, making it a very special event for South Africa.

“The momentum continues to build around the World Cup as we introduce Netball fans and support to more elements of the World Cup. The Netball World Cup 2023 mascot represents the teamwork that is needed in netball.

As the NWC2023 Qualifiers – Africa are underway, nine teams will be playing and of those South Africa and Malawi have prequalified. The remaining seven (Namibia, Zimbabwe, Botswana, Tanzania, Zambia, Kenya and Eswatini) are competing for two further qualification places. International fans can watch all matches live or on-demand via NetballPass.

The Netball Family is urged to participate in the Netball Fridays campaign by wearing their netball gear and any other sporting wear every Friday to show support for the Netball World Cup 2023.

“This is another exciting milestone as we move closer to NWC 2023. Over and above bringing a sense of joy, fun and lasting memories of any event when we see the mascot, they also reaffirm a sense of identity.

“We sincerely hope every young girl is inspired by Letsatsi, our mascot, the meerkat who, like netball players, represents resilience, teamwork, aggression when needed and a sense of protectiveness,” concluded  Nathi Mthethwa, Minister of Sport, Arts, and Culture.