On Tuesday 18th August England Netball announced their progression to stage 4 of their community roadmap, allowing modified training (including intra-club match play and local club friendlies) to take place from today for groups of up to 30 people per court, subject to netball organisations having the required risk mitigations in place.

From 26 September, stage 4b of the Roadmap will be unlocked, meaning leagues and competitions will be able to recommence. This window will allow planning time for league organisations and a vital window for pre-season player conditioning.

In July, the Government announced that team sports could return if governing bodies submitted an action plan that could demonstrate their ability to satisfy a risk exposure framework and put sufficient risk mitigation measures in place at every level of the community game. As part of this, sports were required to analyse the traditional versions of the game and assess the number of instances where players came within 1m, face to face for three or more seconds. These instances represented ‘increased risk’ of infection and, unsurprisingly due to the nature of netball, match analysis concluded that these types of instances were common in every level of the game.

Therefore, as part of our action plan, England Netball increased the normal three-foot marking rule to four foot, and outlined that players will be required to position themselves a minimum of four foot away from their opposing players and teammates at the start of play, and also remove close contact idle interactions from the game.

These game changing rule amendments, coupled with comprehensive risk mitigation protocols to support social distancing on arrival and when not on court, have now been approved by the Government. 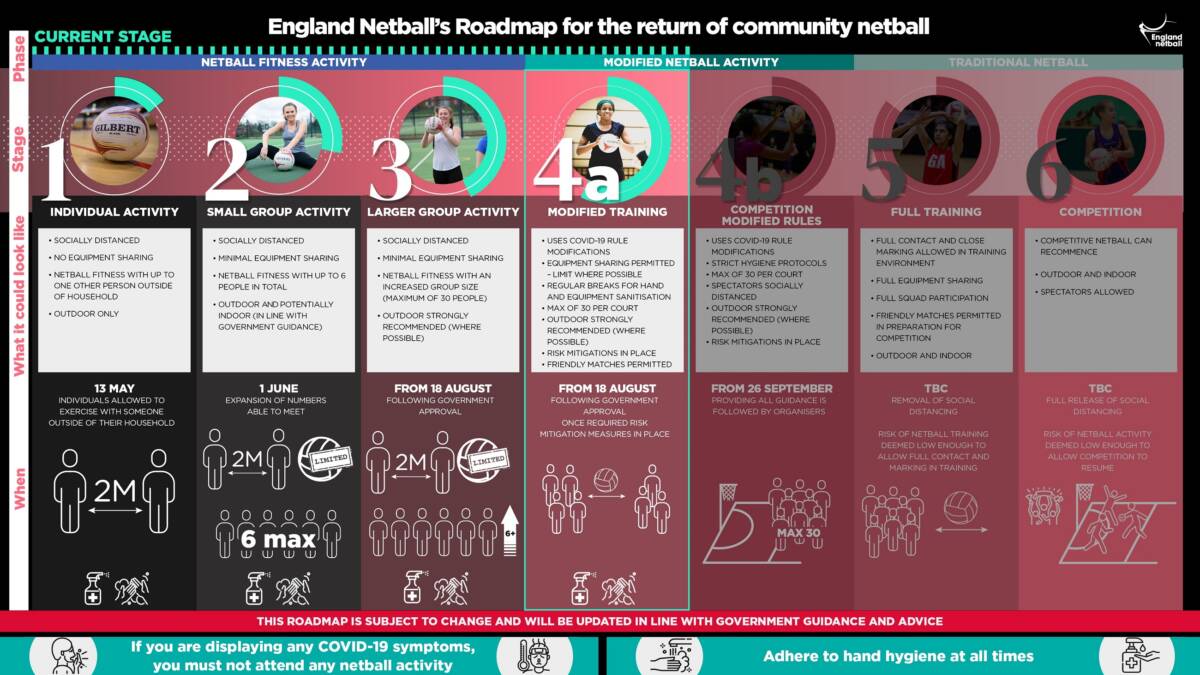