Last week, Welsh Netball published its ‘Return to Play’ roadmap for community netball, detailing how a phased return to netball will look as the Welsh Government continues to ease COVID-19 restrictions.

The roadmap consists of six phases and netball is currently in the first of these phases. On the roadmap (shown below) Welsh Netball details what each phase of netball’s return could look like and what kinds of activity may be permitted during each phase.

Find out more information about the return to netball click here. 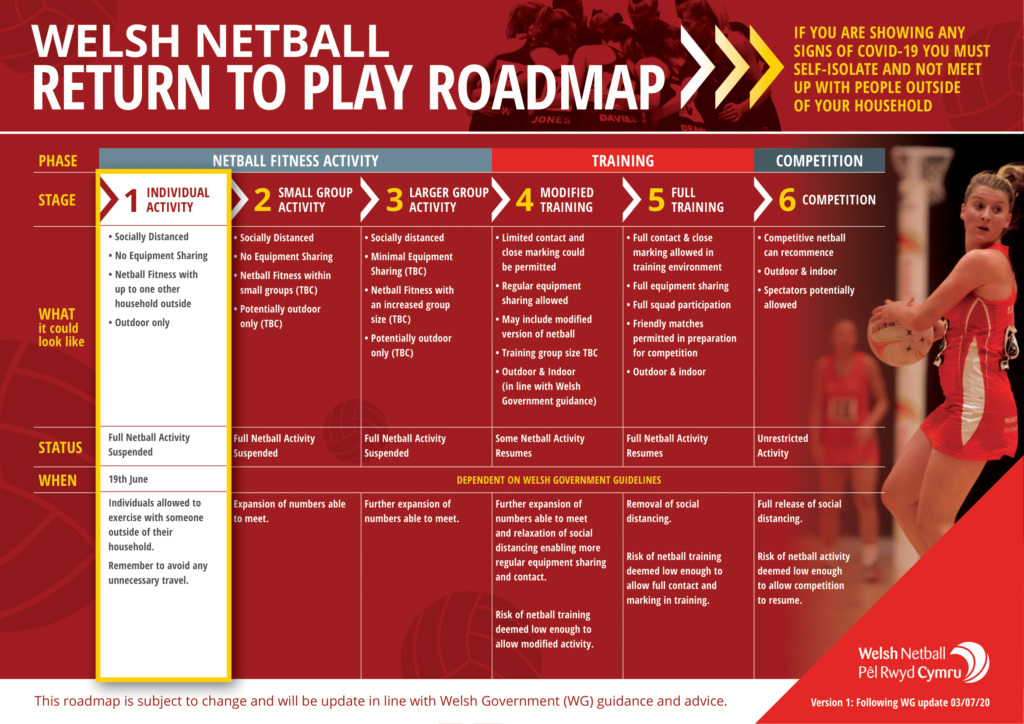 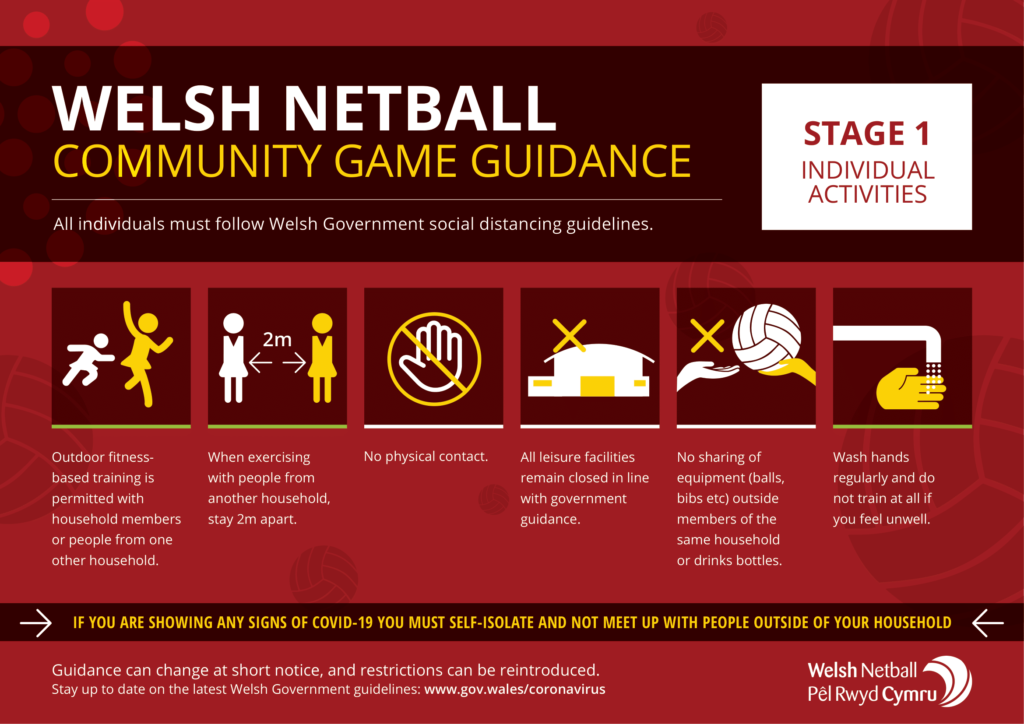