After 10 intense days of competition at the Vitality Netball World Cup 2019, New Zealand beat Australia by just one goal in the final, breaking Australia’s winning World Cup streak to become World Champions for the first time since 2003.

England took the bronze medal in a well fought match against South Africa.

More history was made throughout the competition, with Zimbabwe finishing eighth in their first Netball World Cup, helping all four African countries to finish within the top eight.

The placings of all teams can be seen in the table below.

More information can be found on the Netball World Cup website here. 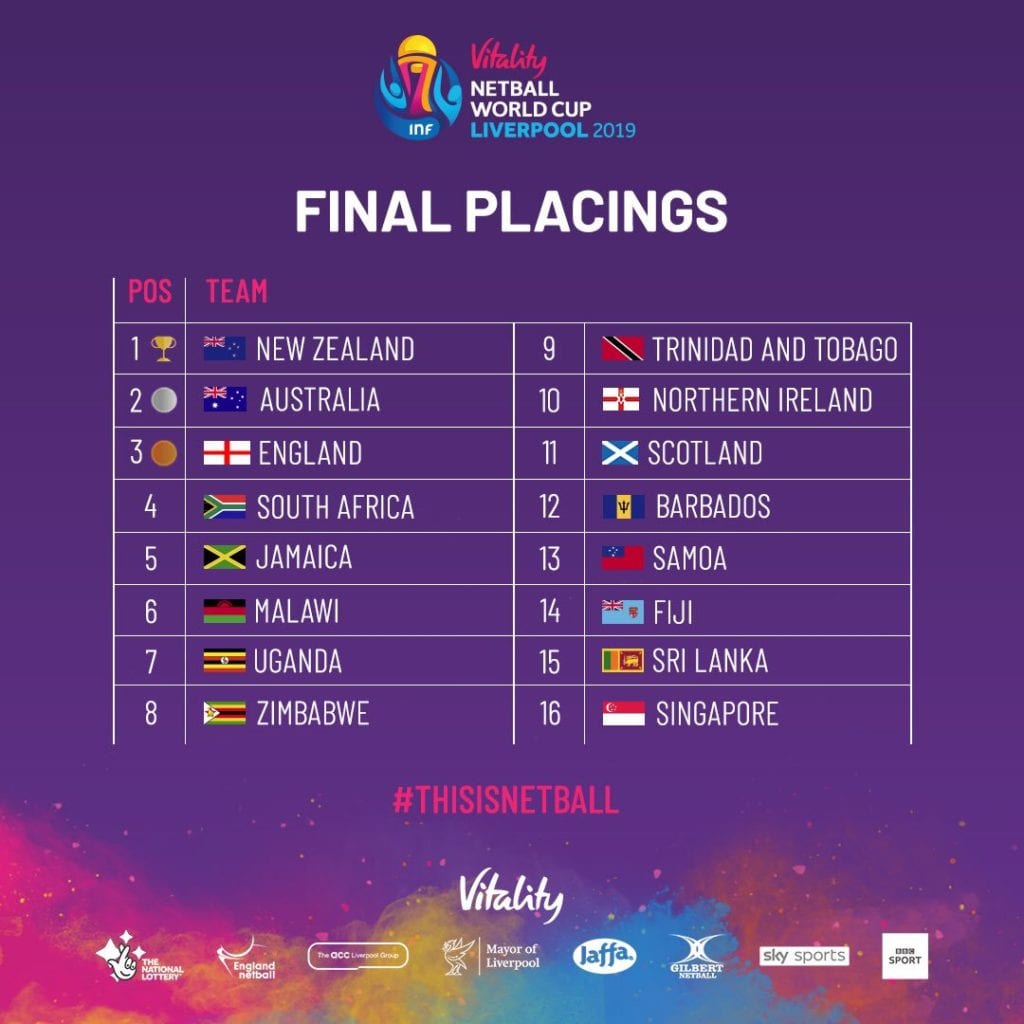