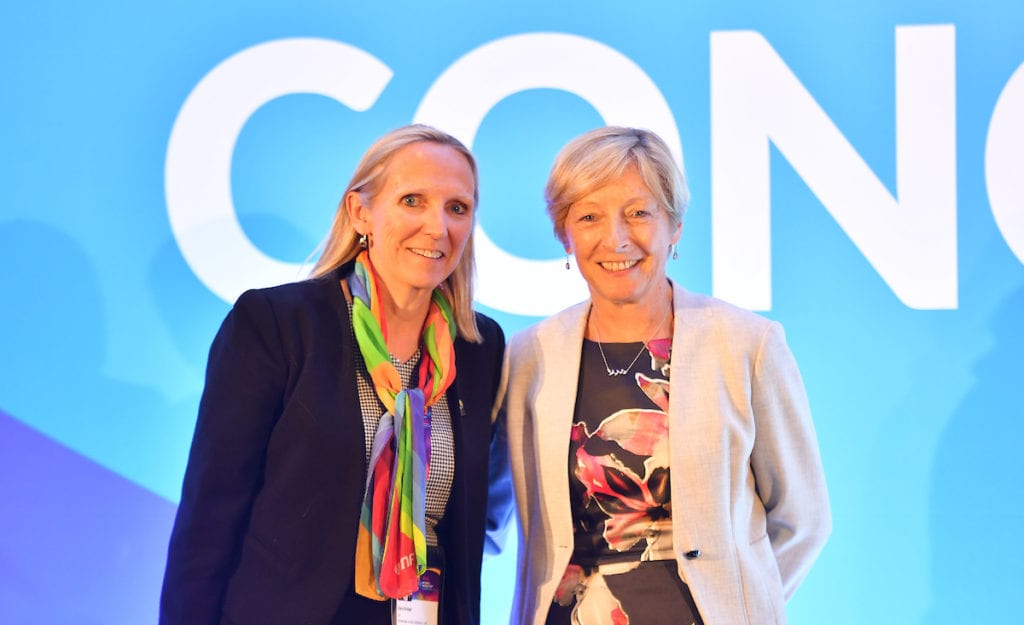 Liz Nicholl CBE is the newly elected President of the International Netball Federation (INF). She assumes the role when Hon Molly Rhone OJ, CD steps down at the end of the Vitality Netball World Cup 2019 on 21st July 2019. The election took place today at the INF Congress – a meeting of the membership of the INF ahead of the Vitality Netball World Cup 2019 in Liverpool due to commence on the 12th July.

Born in Wales, netball has been a big part of Liz’s life from a young age with her going on to become an international netball player, leading up to her developing a career in sport and leadership. Over the last 40 years, Liz has held roles including; the CEO of England Netball for sixteen years, Championship Director for the 1995 World Netball Championships and having joined UK sport in 1999, most recently as its CEO. During Liz’s career, she has played an integral part in transforming the prospects and achievements of British athletes on the world stage.

Liz’s extensive experience and knowledge of performance, major events, international relations and governance in the national and international sporting landscape has led to this pivotal moment in her career – the opportunity to lead the sport of netball and become president of the INF.

Clare Briegal, CEO of the International Federation comments: “I would like to take this opportunity to congratulate Liz on her election as president of the INF. Liz is a great advocate for the sport and someone who will lead netball with vision and determination. I look forward to working with her and continuing the great work of the INF”.

Liz says, “I am thrilled to have been elected as President of the International Netball Federation and would like to thank everyone for their support. Netball is changing the landscape of female sport and opening new opportunities around the world. With the Vitality Netball World Cup 2019 now just over 48 hours away, together with other initiatives led by the INF, there are many exciting things to come.

She adds: “Molly Rhone has been an inspirational and outstanding president and I look forward to building upon her impressive legacy towards the ultimate of positioning netball as a premier sport in the global arena.”

To find out more about the INF board click here