The event was supported by the International Netball Federation (INF), UK Sport, England Netball and the Wallace Group Universities as part of the Netball World Cup 2019 Legacy Project, NET2019. 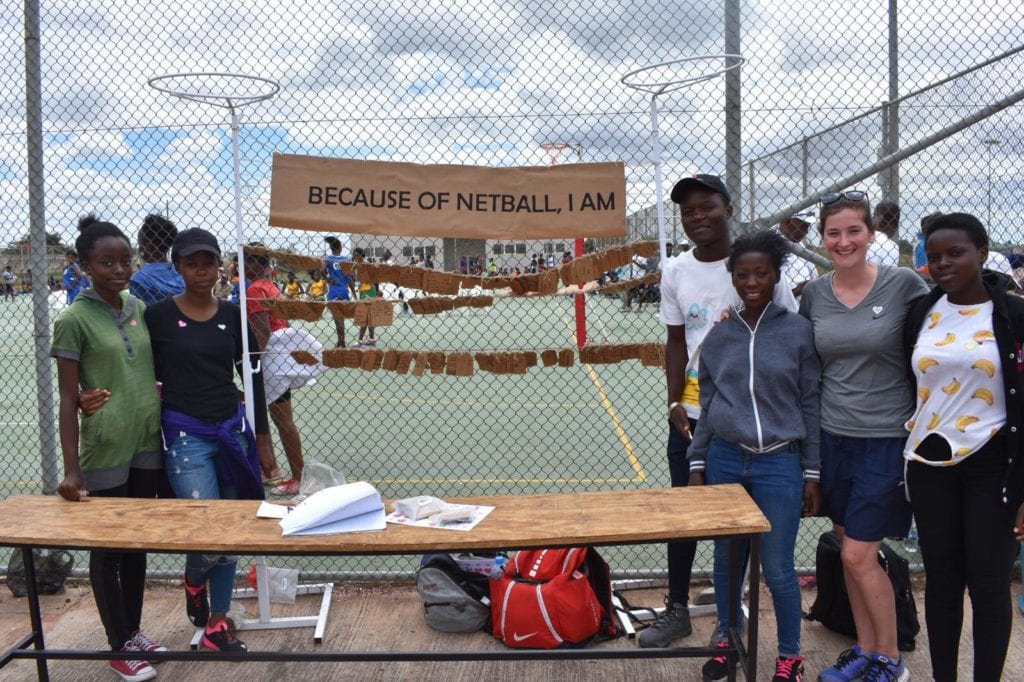 Alongside the tournament, Wallace Group Project Manager, Sarah Thompson, led a campaign entitled “Because of Netball, I am…”, asking attendees to think about what they have gained through being involved in netball.

Attendees ranged from community hub site team members, who have only started playing netball in the last year, newly qualified INF African Coaching and Officiating Framework (ACOF) coaches and umpires, national team members and key stakeholders in the development of netball in Zambia. From these participants, over 400 responses were collected and displayed.

The responses were extremely powerful, showing the impact that netball has has in the development of individuals away from the court and highlighted how pivotal the sport is in the empowerment of women and girls.

‘The campaign was a really positive addition to the opening tournament and shows how much netball has to contribute to the empowerment and development of women and girls. We collect numbers and demographic data on a regular basis but for me it was important to capture how the involvement in netball impacts and benefits away from the court’.

‘Participants were asked to complete the sentence “because of netball, i am…..” and attach their tag to the wall, which was on display throughout the tournament. The reception of the campaign both on the day and after the event has been incredible and i’m very proud that the responses we collated will be included in the Netball World Cup in Liverpool. One of the highlights for me was the participants, especially young girls from the hub teams, looking through all of the tags at the end of the day, and I hope they were as inspired as I was by the responses.’