Tickets for the elite coaching strand of the ‘Make the Game LIVErpool’ education programme, a joint initiative between VNWC2019, England Netball, UK Sport and the International Netball Federation, are now available to book.

The session will be delivered by INF’s Coaching Advisory Panel (CAP) on Tuesday 16th July 2019.

The course is aimed at coaches regularly delivering in training at a high performance level (UKCC Level 3, Netball SuperLeague or International level).

The cost of this course is £115 for England Netball and INF Members (Early-bird) and £150 Non-Member (Early-bird). Please note Early-bird prices end on the 30th April 2019.

Tickets for the Coaching and Officiating Conference run by England Netball may also be purchased via the link above.

This is a not-to-be-missed event and is an opportunity to further develop skills as a coach or an official, enhancing your Vitality Netball World Cup experience. 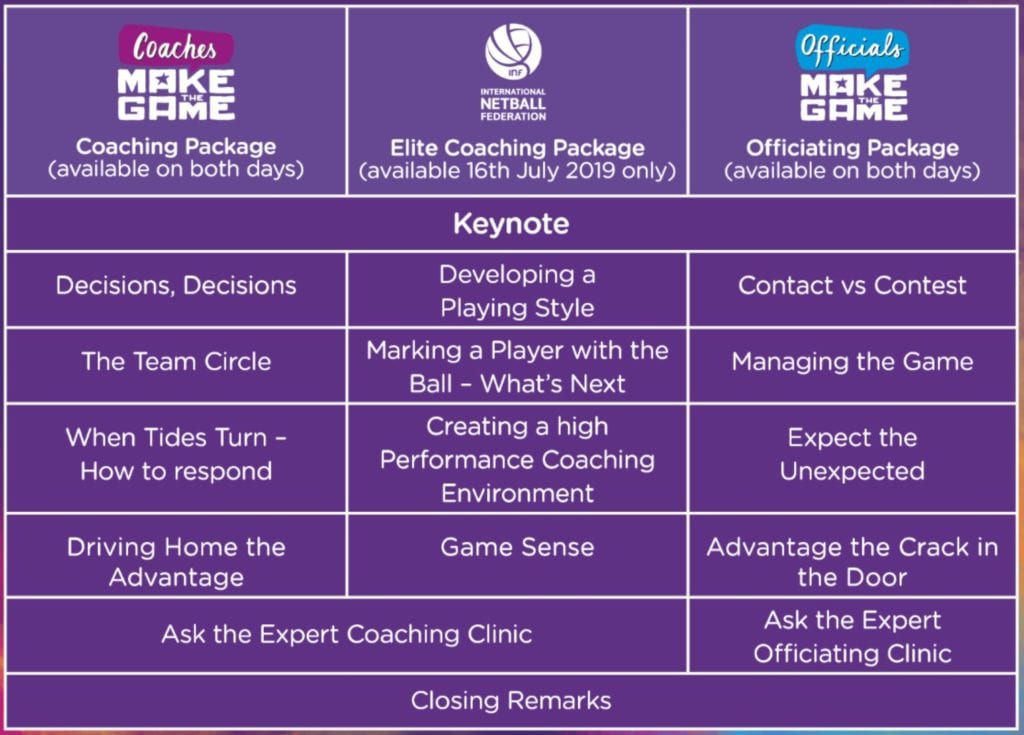 Netball Australia CEO To Depart At End Of 2020