England Netball and UK Sport have officially opened the Netball Heritage Archive to the public at Heritage Quay, University of Huddersfield, which traces the sports formation back to 1897.

A prestigious event was held for the launch of the archive on the 2nd March 2019. The archive is part of the Netball Heritage Project, which England Netball embarked on as part of its 90th birthday in 2016 with a grant from the Heritage Lottery Fund.

Joanna Adams said: ‘Netball has grown massively and been thrust into the limelight, especially over the last 12 months since the England team won the Commonwealth Games for the first time in history. It is wonderful to now be able to look back on how it all began thanks to this archive, and to see how netball got to where it is today.’

‘I hope other enjoy sharing in the history of this sport as much as I do.’

Sarah Wickham, the University’s Archivist and Records Manager said: ‘We are delighted that England Netball have deposited their archive with Heritage Quay. This is a significant addition to our sporting collections. Building on netball’s recent high profile successes, we look forward to welcoming researchers interested in exploring the sports rich history, and working with England Netball to develop the archive in the future.’

Within Heritage Quay, individuals can view the England Netball Heritage Archive that includes a large collection of documents, pictures, videos and memorabilia covering the history of ‘women’s basketball’ – as it was originally known- from 1897 to the present day, including recent highlights such as the exploits of the England team.

To donate or loan netball memorabilia to the Netball Heritage Archive, contact ournetballhistory@englandnetball.co.uk 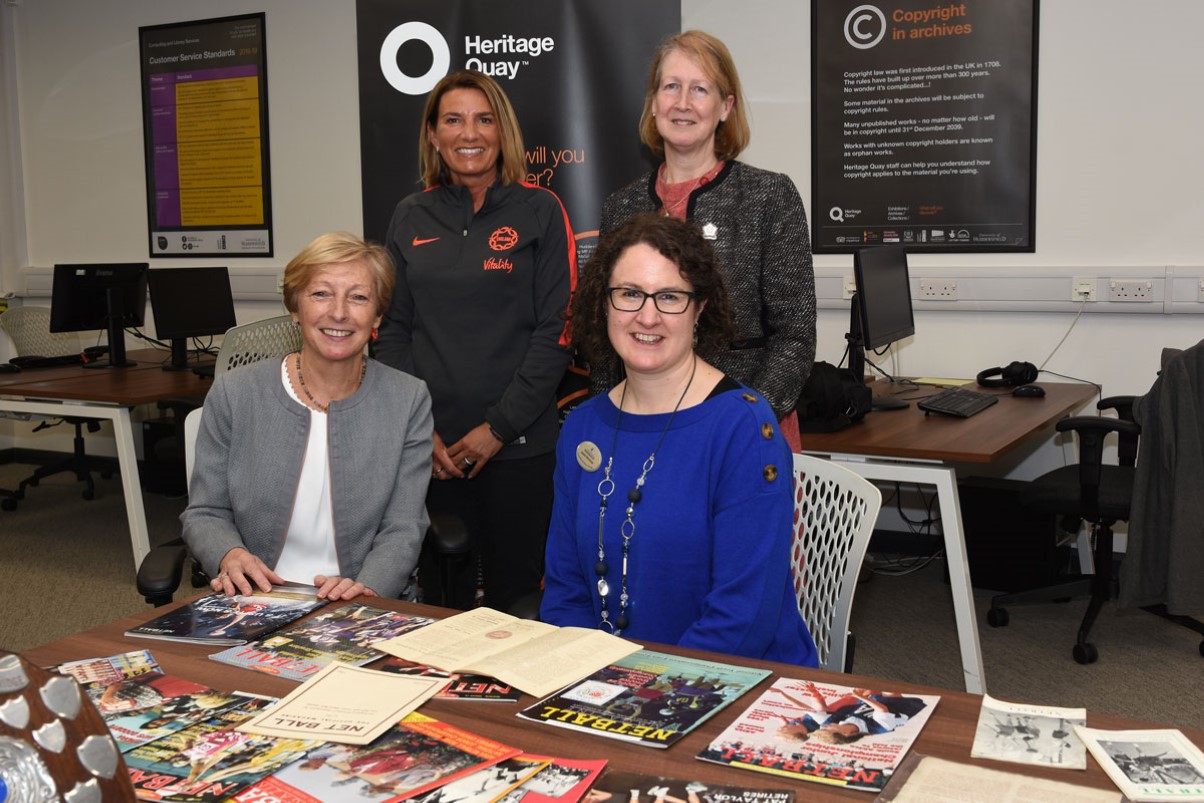 Header Image: August 1967 – England squad of 10 selected to go to Australia for the 2nd World Tournament in Perth and then to tour Australia