National Leagues Weekend Round Up (18-20th May)

Local derbies, bright emerging talents and record breaking streaks are just some of the features in this week’s national leagues round up. Read on for our report from around the courts.

It was another big weekend in Australia’s Suncorp Super Netball League as the top four sides coming into round four were up against each other.

In front of a packed out home crowd, West Coast Fever extended their unbeaten run to four wins as they beat the NSW Swifts 63-54 to maintain top of the league. Goal keeper, Courtney Bruce, was in exceptional form for Fever with six intercepts and three rebounds to her name.

Nat Medhurst was awarded the MVP of the game following her pin point accuracy to assist Jhaniele Fowler-Reid, and converting eight times herself. This week, Fowler-Reid scored 53, taking her season’s total to 220..and counting.

The Giants bounced back from last weekend’s defeat, to claim a thrilling two point win over the Queensland Firebirds. The scores were tied 31-31 going into the final fifteen, in which the Giants held their nerve in front of their home crowd to secure a win that takes them third in the league. Jo Harten was named MVP.

Elsewhere, the Melbourne Vixens move into second place after a perfect shooting display by Mwai Kumwenda that saw off the Adelaide Thunderbirds 72-50. The defending champions Sunshine Coast Lightning, secured their first win of the campaign after a difficult 52-50 away win against the Collingwood Magpies.

Next weekend, second will play third as the Vixens host the Giants. Full schedule can be found here. 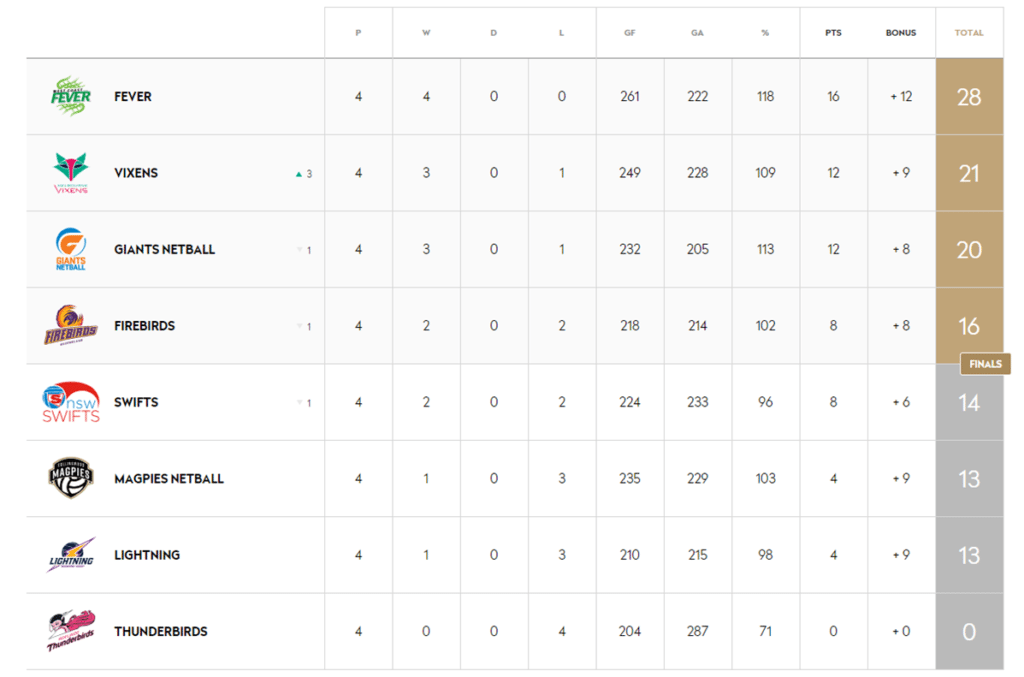 It was business as usual for Wasps as they make it 12 wins from 12 after a convincing 63-36 away win against Surrey Storm. George Fisher was once again in fine form in the shooting circle for Wasps as she takes her season’s tally to 465.

Loughborough Lightning remain in second place following a 62-45 win on Friday night against UWS Sirens. Their mid-court trio of Beth Cobden, Nat Panagarry and Hannah Joseph impressed throughout, making it difficult for the home side to maintain any rhythm.

Elsewhere, the battle to finish in the top four saw both Manchester Thunder and bencosMavericks win their respective games which keeps both sides tied on 27 points. Team Bath play Team Northumbria on Monday night, where a win will also see them move onto 27 points.

Next weekend the top two sides play each other, as Loughborough play Wasps. Full schedule can be found here.

Over to New Zealand, where Central Pulse maintain their perfect start to the season with an away win against WBOP Magic. Yet again, 18 year old Aliyah Dunn made an impression, converting 38/40 in her 45 minutes on court. Magic have had rotten luck with injury as of late with Kelly Jury suffering a dislocated shoulder last weekend. This gave the opportunity to New Zealand U21 talent Kate Lloyd, who started in GK.

In more positive injury related news for Magic, shooter Lenize Potgieter returned this weekend for her first start of the season following an injury that forced her to miss the Commonwealth Games for South Africa. The win for Central Pulse marks the first time in their history that they have won four consecutive games.

Elsewhere, reigning champions Southern Steel secured a hard fought 56-52 victory over Northern Mystics in front of their home fans in Invercargill. Steel GK Courtney Elliott worked hard to keep Bailey Mes and Jamie Hume quiet in the goal circle. At the other end for Steel, Jennifer O’Connell converted 37/42 which is no mean feat against the defensive paring of Michaela Sokolich-Beatson and Phoenix Karaka.

On Wednesday night Mainland Tactix host the Northern Stars in the final game of round three. 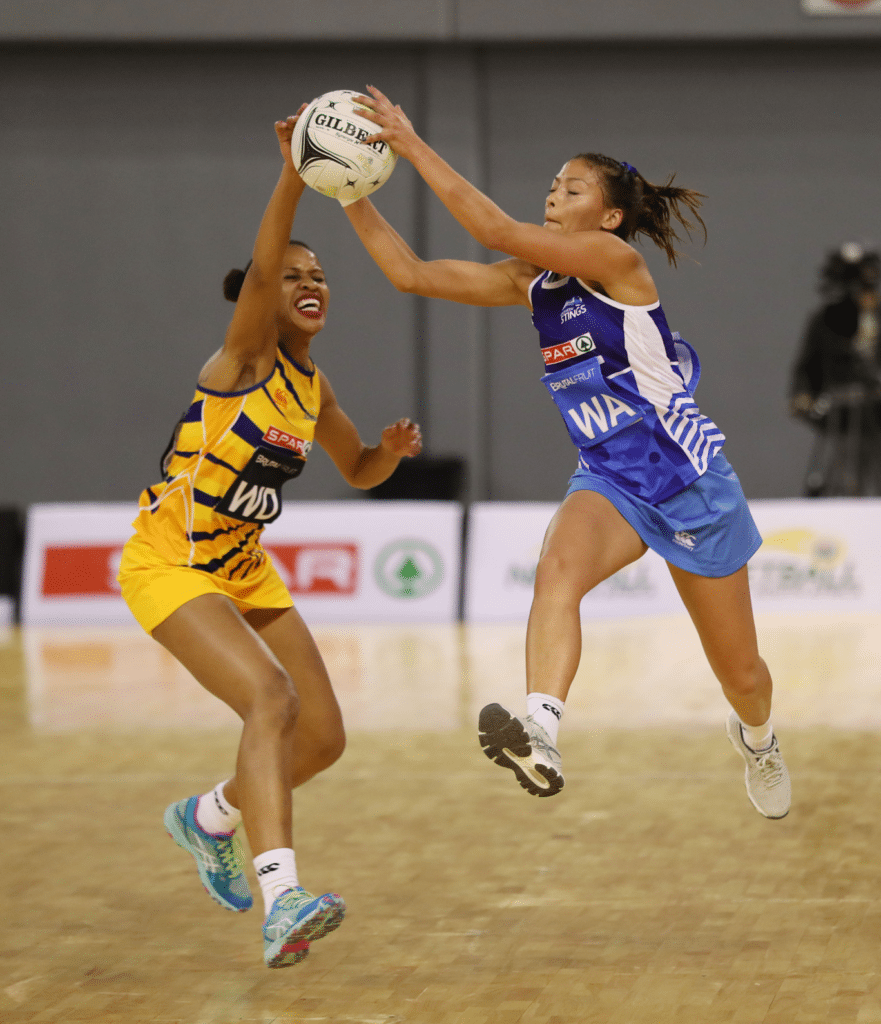 In South Africa, defending champions Gauteng Jaguars remain top the league following two wins over the weekend, one of which coming against local rivals the  Gauteng Golden Fireballs. Jaguars coach Jenny van Dyk admitted that the new emerging talent in her squad is giving her selection dilemmas, which she describes as a good thing:

“There are a lot of youngsters putting up their hands, showing us they’ve got a lot of potential, which is always a coach-confuser and that’s something great for us.”

Free State Crinums kept up the pace and also remain unbeaten with four wins from four. They secured a big 76-22 win over the Northern Cape Diamonds and a 55-35 win over KZN Kingdom Stars across the weekend.

It was also a good weekend for the Southern Stings who took maximum available points across the weekend that see them move into third. The game of the weekend came from Mpumalanga Sunbirds and Limpopo Baobabs in which the Baobabs recorded a 46-44 victory in a very close game.