The first five days of netball action on the Gold Coast has produced some memorable moments already. We recap the story so far.

Australia, England and Jamaica lead the way so far with four wins from four. Defending gold medalists Australia lead the way in Pool A on goal difference ahead of Jamaica. Both sides will meet on Wednesday in the final Preliminary Round match, where the winner will take top spot in Pool A.

For England, they have a two point lead at the top of the Pool B table and should they avoid defeat in their next game they will top the group. They play New Zealand in their final preliminary match on Wednesday.

Tracey Neville’s side have so far secured wins over Scotland, Malawi, Uganda and Wales. Defensive duo Geva Mentor and captain Ama Agbeze have provided to be difficult to score past, while shooter Jo Harten has been in fine goal scoring form.

Uganda have been enjoying their inaugural appearance at the Commonwealth Games. They have been involved in three very closely contested games. The She Cranes have suffered two defeats, coming against New Zealand and England. Their first win came against fellow African side, Malawi, in a thrilling 54-52 encounter. They have two preliminary games remaining where they will play Wales and Scotland.

Perhaps the most surprising result of the competition so far came on day four. Malawi secured a memorable 57-53 victory over New Zealand. Mwai Kumwenda once again has been outstanding in the goal circle and is the second highest scorer in the competition so far and has played a game less than Fowler-Reid. Malawi also have games against Wales and Scotland remaining.

Both Wales and Scotland met over the weekend in another close game. Wales were leading at half time but the Thistles came back in the second half to secure a 51-47 victory. 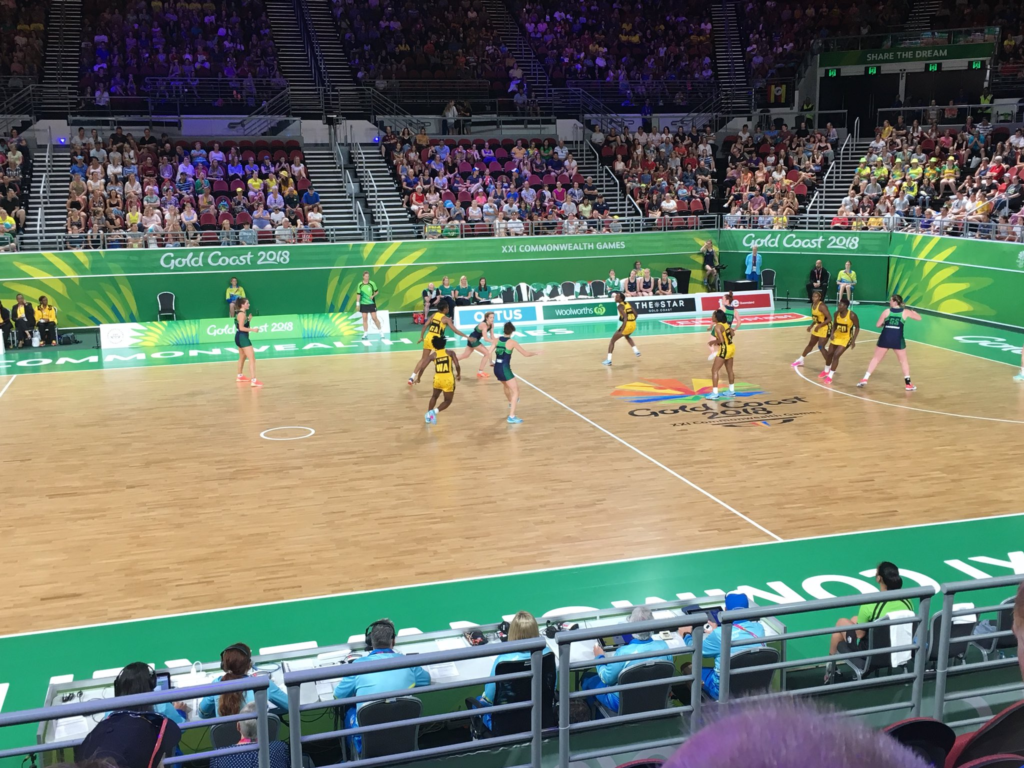 Northern Ireland have had three tough opening fixtures, coming against Australia, Jamaica and South Africa. They have two games remaining against Barbados and Fiji who sit above them in Pool A.

The South African Proteas also have fixtures against Barbados and Fiji remaining. Norma Plummer’s side was involved in a thrilling game against Jamaica over the weekend which finished 46-57 to the Sunshine Girls. South Africa held a slender lead going into the final quarter but an inspired Jamaica side came back and finished the game off strongly. South Africa currently occupy third place in Pool A.

Finally, Barbados and Fiji were also involved in an exciting game over the weekend. This was the first meeting between the two sides at the Commonwealth Games since Manchester 2002. The Fiji Pearls took the first quarter, however, the Bajan Gems outscored Fiji in the remaining three quarters to take the win.

With the preliminary round coming to an end, all twelve teams will be wanting to get the maximum amount of points available in the final few games. Keep up with the action by following @IntNetball on Twitter.

Visit the Gold Coast 2018 section on the INF website for the latest content, including team profiles, match schedules and results.