Jamaica, New Zealand, England and Australia all secured their second win in as many days on day two.

The Silver Ferns came away with a win on day one against a Ugandan side who pushed them all the way. Against Wales, they opened up at 23-14 lead at quarter time. The second quarter produced a historic moment for Welsh netball. Wales won the second quarter 13-9, taking the scores to 32-27 at half time. This is the first time in history Wales have outscored the Silver Ferns in a quarter.

Te Paea Selby-Rickit came on in the second half for New Zealand to score 28 goals which helped New Zealand stay clear from Wales to secure their second win of the campaign.

The Silver Ferns will have a day of rest tomorrow before returning to action on Sunday against Malawi. As for Wales, they play Scotland tomorrow.

World number four and three would take to court next as South Africa opened their campaign against Jamaica. The Sunshine Girls impressed on day one with their convincing win over Fiji but it was South Africa who started better in this game, taking a five point lead into the second quarter.

Jamaica reduced the deficit in that quarter to take the scores to 22 all at the main interval. In the second half both sides made changes. Jamaica brought on their captain, Jhaniele Fowler Reid and South Africa also changed their shooter by bringing on Ine-Mari Venter.

South Africa would hold a slender one goal lead going into the final quarter, however, they were blown away in the final fifteen as Jamaica turned it up a gear. They won the final quarter 20-8 to take their second win inside two days. 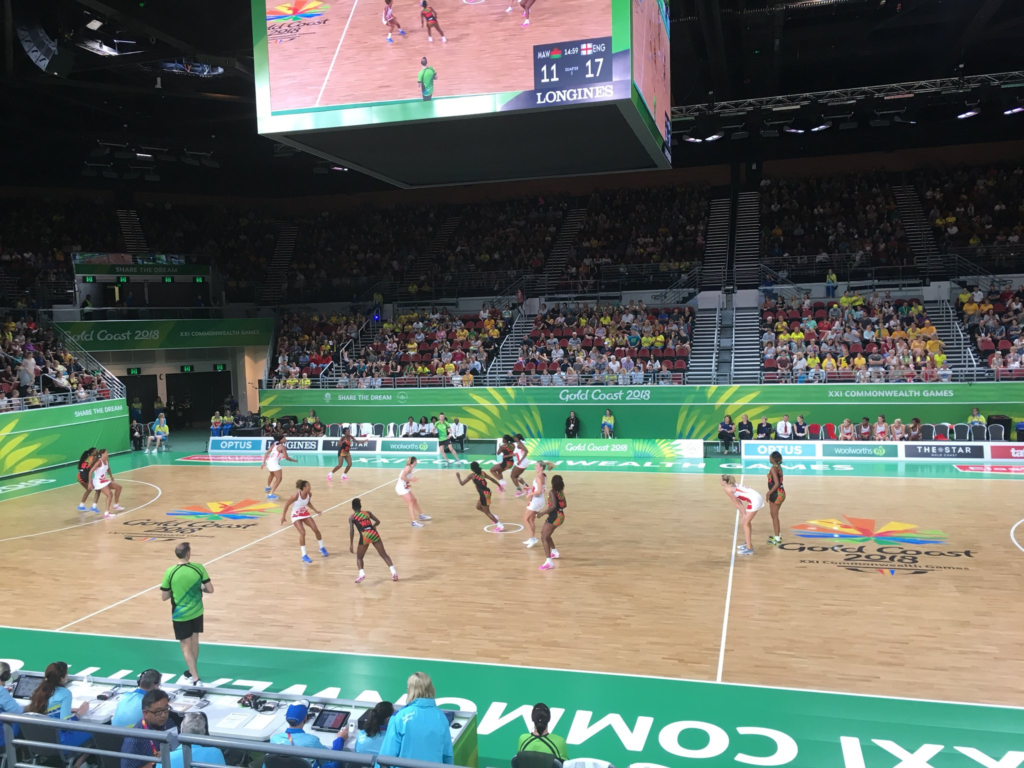 England put in a good performance against Scotland on day one and continued their form against Malawi. Jo Harten continued her goal scoring form, converting 48 times in this match. The Roses led by eight at half time and continued to increase their lead in the second half.

Both sides play Uganda next. Malawi will do so tomorrow while England will have a days rest before playing them on Sunday.

In the final game of the day, the Aussie Diamonds continued their quest in retaining the gold medal, by defeating Barbados.

Caitlin Thwaites started in the goal shooter position and continued her perfect goal scoring record. She is still yet to miss a shot in the competition so far, scoring 64/64. Captain Caitlin Bassett came on in the second half and also added to her impressive goal tally.