An incredible second day at the Taini Jamison Trophy saw Jamaica record their first win over New Zealand since 2009. Elsewhere there was an entertaining encounter between Fiji and Malawi. 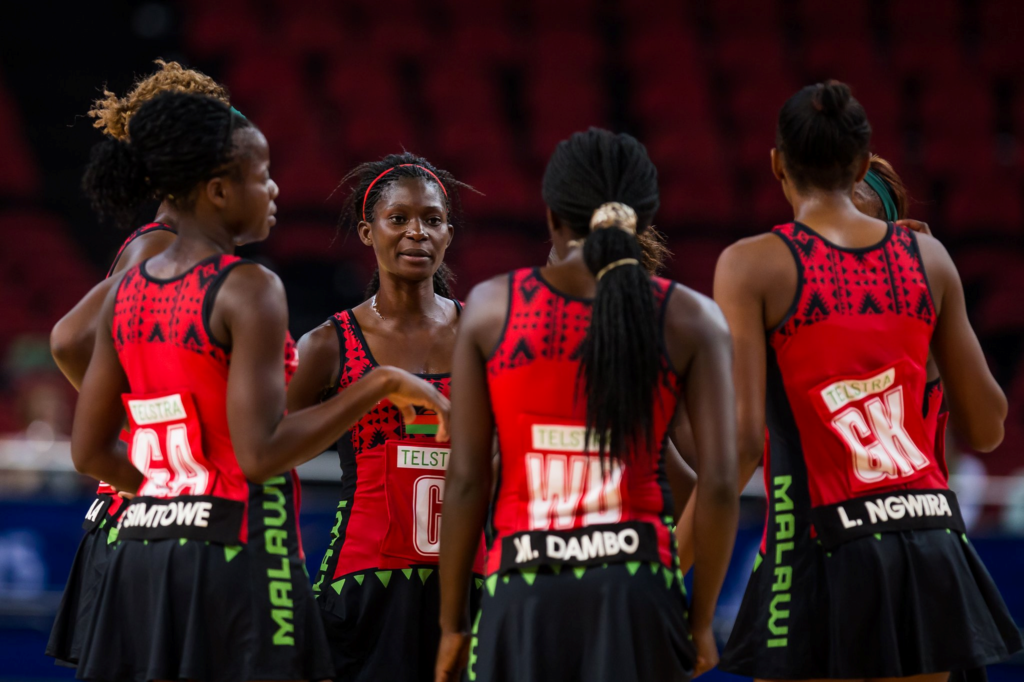 Both sides were defeated on day one and needed a victory to keep their title hopes alive on day two. Malawi led the early exchanges, with Mwai Kumwenda rarely missing. This would become a common theme during the game. Malawi would hold a 20-11 lead at quarter time.

The Queens looked comfortable in the second quarter, in which they doubled their points tally. The Pearls were struggling to carve out any chances due to the well drilled defense of Malawi. Scores at half time would read 21-40 in favor of Malawi.

There was once again a vibrant atmosphere inside the North Shore Events Centre with big support for Fiji. The Pearls gave their fans something to cheer about in the third quarter as they started to mount a comeback. Winning the third quarter 15-9, making the scores 36-49 going into the final fifteen.

Ultimately, Malawi’s early lead was too much for Fiji to overturn. The final quarter was another close contest but Malawi saw out the victory which keeps them alive in the competition.

Player of the Match – Mwai Kumwenda

The conclusion of day two saw the two undefeated sides meet. This was the first meeting between the two sides since 2016 and is a fixture historically dominated by New Zealand. The Silver Ferns, prior to this match had won 49 of the previous 53 matches played between these sides. However, the Sunshine Girls bucked the trend to secure a memorable win in Auckland.

There was nothing between the two sides in the first quarter. Both exchanging goals to take the scores level at 13 all after the first fifteen minutes. Shooter Jhaniele Fowler-Reid started for the Sunshine Girls and was proving to be a threat up top. In the second quarter, Jamaica started to gain control and went into half time with a three goal lead, 30-27.

After the break, a similar pattern to the first quarter emerged as both sides exchanged goals. The third quarter was tied 14 all, meaning Jamaica still had a three goal advantage going into the final fifteen minutes.

Romelda Aiken replaced Fowler-Reid in the final quarter, in which she helped increase Jamaica’s advantage. The Sunshine Girls held firm to secure their first win over the Silver Ferns for nine years.

Player of the Match – Khadijah Williams