A recent umpiring seminar was held in Barbados.

The seminar focused on the international umpiring processes and topics included; how to attain a International Talent Identified Umpire (ITID) status, the testing process for International Umpire Award (IUA), how an umpire coach can attain ITP status and much more.

Part two of the seminar focused on the newly revised rules of netball which came into effect on January 1st, 2018. Marion Johnson Hurley and Deborah Lynch-Theobalds also shared their insight into game management.

The event was organised by the Barbados Association of Netball Umpiring (BANU). The moderator of the event was Carmeta Douglin, who is the President of both BANU and the INF ROC.

‘It was a pleasure to have the opportunity to lead a session on International Umpiring Procedures in Barbados to such an engaged group of netball volunteers.  Governance and administration is key to enabling the sport to progress and have clear pathways for those involved. The presentation on the updated Rules of Netball given by the INF ITP and ITP Cadet was also very valuable so that all involved are informed. Thanks to Barbados Association of Netball Umpires for hosting this important event.’ 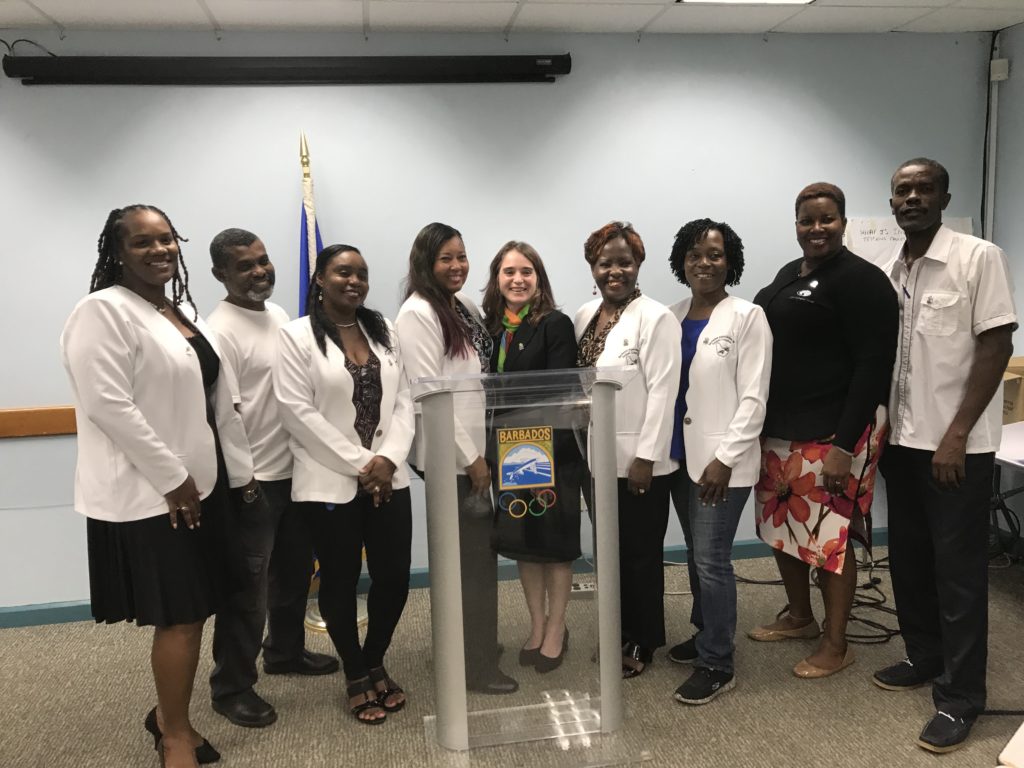