The final round of the preliminary matches in the Nations Cup have taken place, which determined who will be playing who for the medals at the weekend.

The first match saw the two sides who were still searching for their first win of the competition. Regardless of what would happen in the other games both sides knew that they would remain in the 5/6th playoff match tomorrow.

Throughout this game the lead would constantly change hands, especially in the first half. In quarter one, Hong Kong took a slender one goal advantage only for it to be overturned by Malaysia in the second quarter as it was them who led 25-24 at half time.

Quarter three had very much the same theme of both sides attempting to establish dominance but being unable to pull away. Both sides were matching each other goal for goal, but it was Hong Kong who took a slender two goal lead into the final fifteen.

Hong Kong managed to see out the victory by extending their lead in the closing moments of the game. Both sides will play each other once more tomorrow in the 5/6th playoff match.

Swaziland took on Ireland next, to determine who would be playing the Cook Islands in the gold medal match. Both sides had won three games, with their only loss coming from the Cook Islands.

It was Swaziland who got to the better start with some clinical finishing. They would take a 12-6 lead into the second quarter where they would further increase their lead thanks to multiple turnovers. Swaziland led 26-11 at half time.

In the second half Swaziland continued to impress, and kept the Irish quiet in their final third. The scores read 35-19 going into the final quarter where Swaziland held out to seal their place in the final. As for Ireland they will play for the Bronze medal, against Singapore who were playing next. 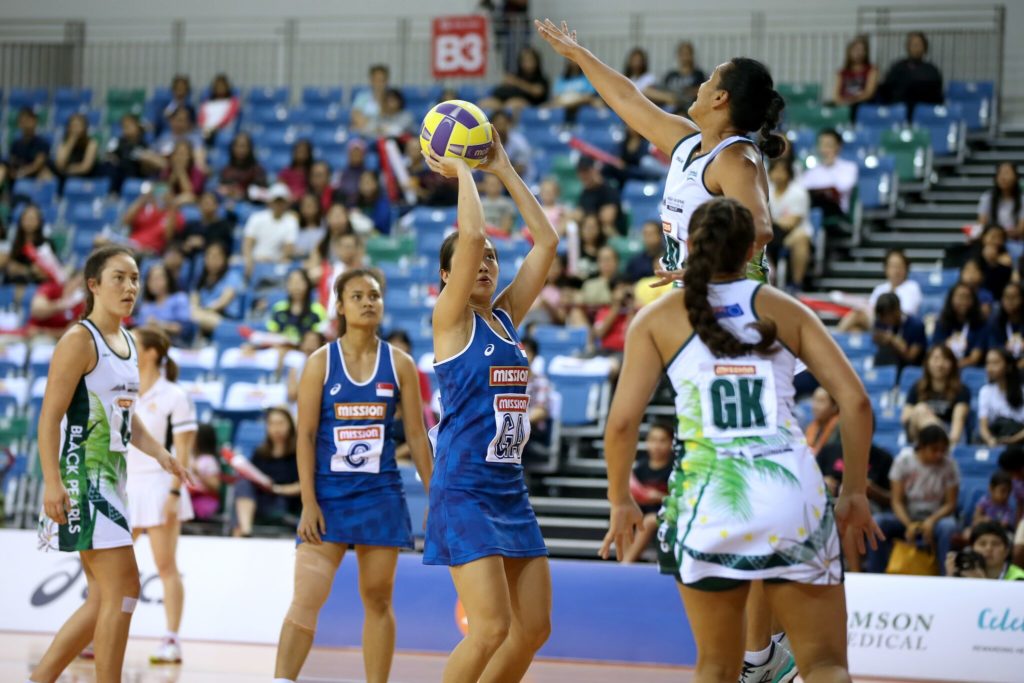 The final preliminary match of this years Nations Cup was between the leaders the Cook Islands and the hosts Singapore. The Cook Islands, in their first ever Nations Cup appearance, have remained undefeated coming into the final round of matches while Singapore had won two and lost two.