It has been a breathtaking first day at the Hisense Arena for the Fast5 World Series. Here is our full recap.

The day started off with hosts Australia taking on the ever entertaining Malawi. After a cagey first quarter, the Aussies made the most of their power-play in the second quarter, scoring 22 points to Malawi’s 9. Malawi couldn’t take the same advantage during their power play as they were only able to score nine, due to Australia’s shrewd defense. Australia saw out their lead in the final quarter to win 34-21 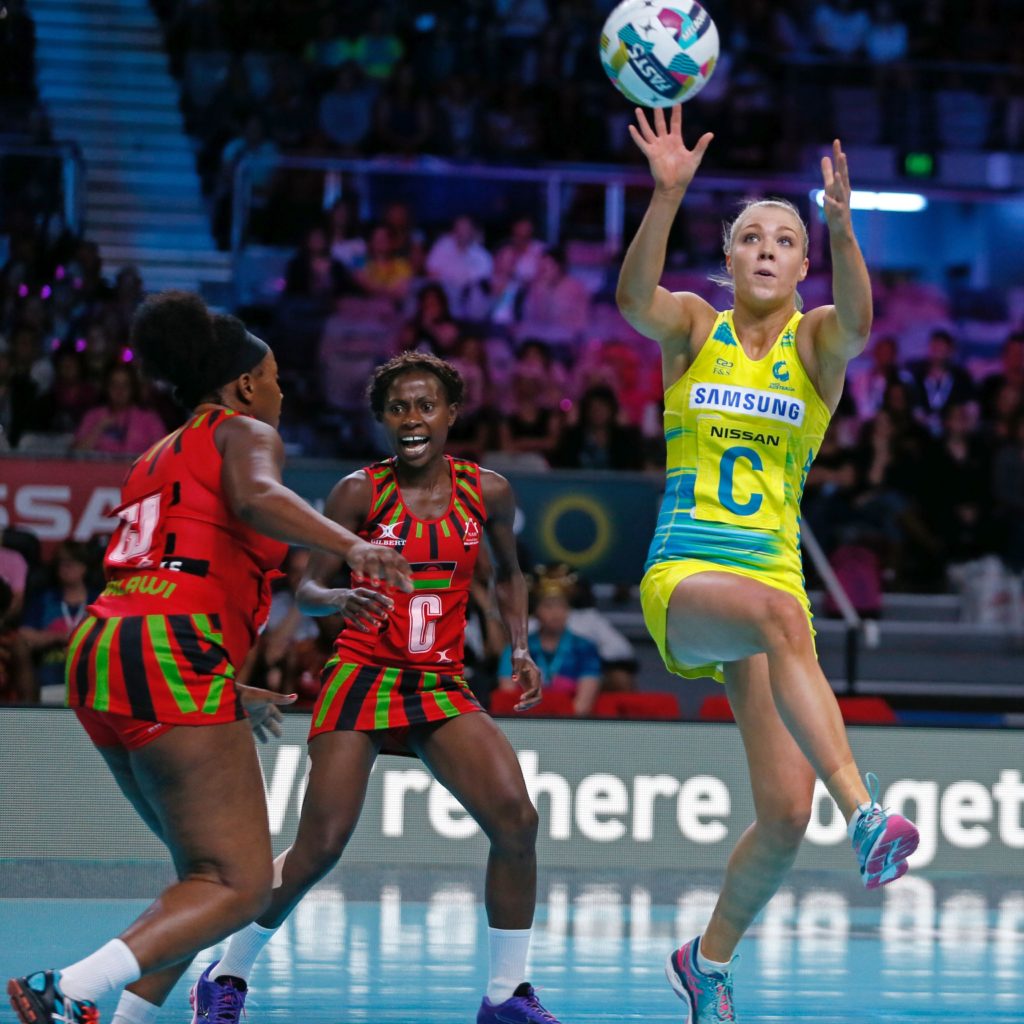 Next up, was South Africa and Jamaica. An impressive shooting display from captain Jhaniele Fowler-Reid led the Sunshine Girls a 37-29 victory. Jamaica made the most of their power-play in the final quarter scoring 18 goals that helped them on their way to a overdue Fast5 World Series victory. 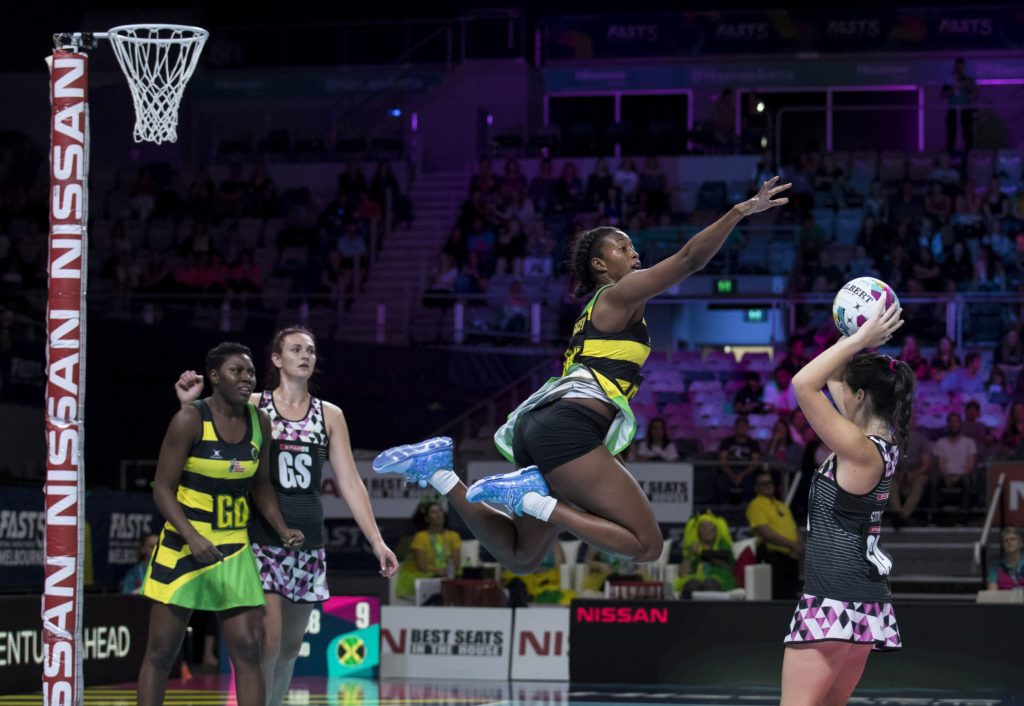 Match number three saw defending champions New Zealand take stage against England. This game quickly became one of the biggest talking points of the day as England defeated the fast Ferns 37-30. Smart shooting by the likes of Jo Harten and Helen Housby helped the Roses claim a big opening victory. 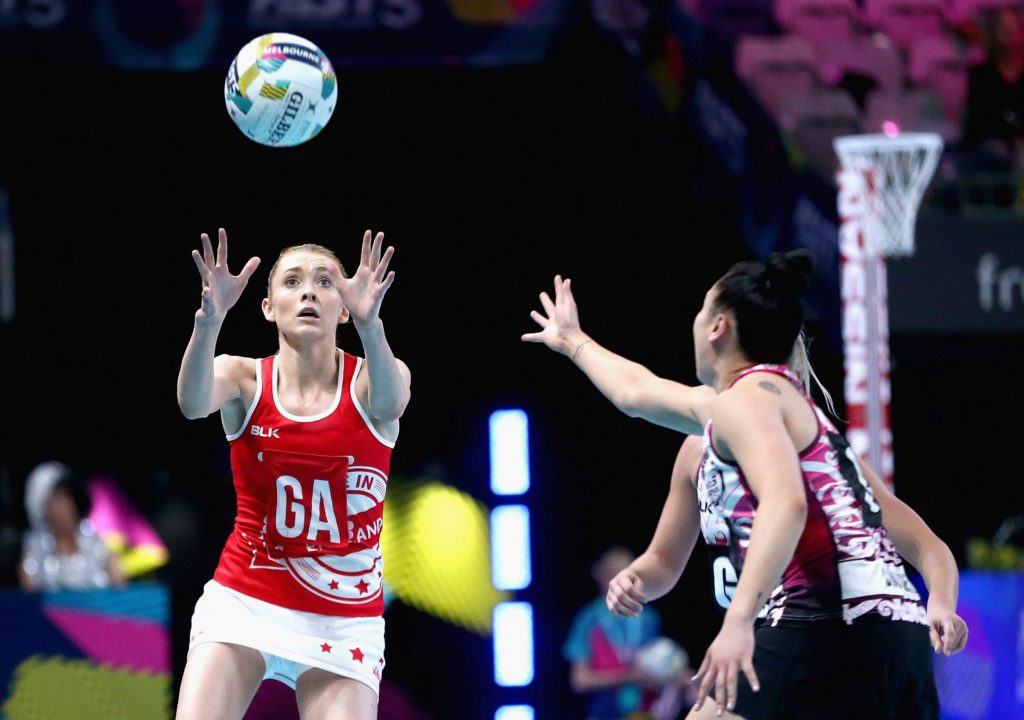 Perhaps the biggest story of the day came in game four between Australia and Jamaica. Both sides were in confident moods going into the game having won their opening games, however, the hosts were left stunned when the Sunshine Girls took away a 26-23 victory. Another impressive display by captain Jhaniele Fowler-Reid, scoring 16 out of 21 attempts led Jamaica to a historic win and two wins out of two. 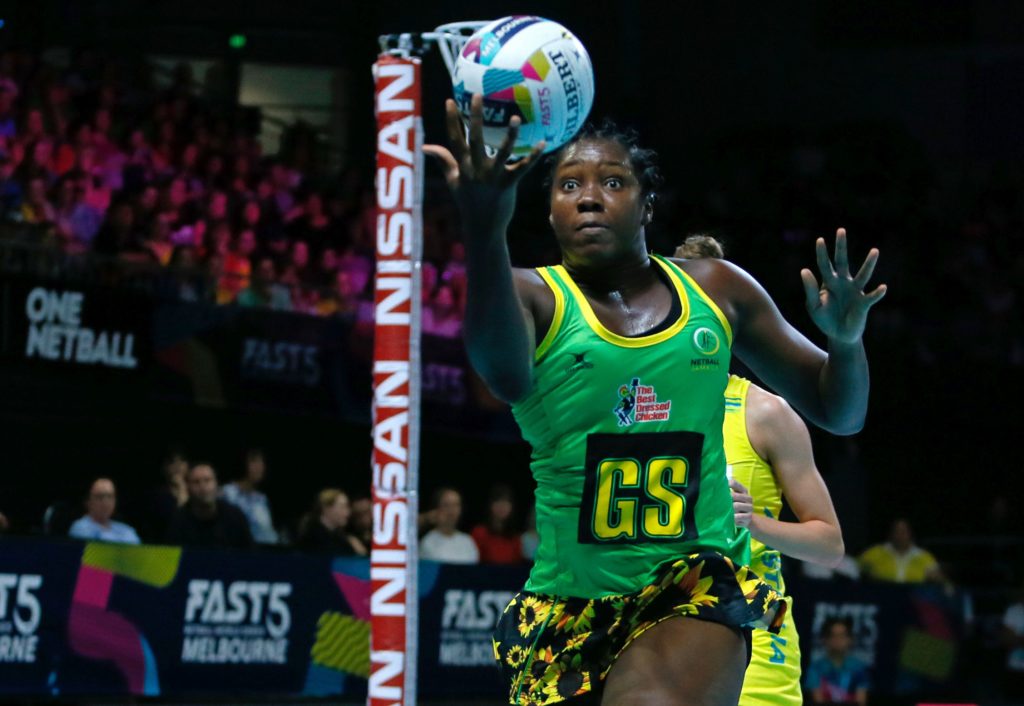 England continued their good performance from game one in game two. They secured the biggest win of the day against Malawi by 43-15. Harten and Housby yet again were the focal point upfront. 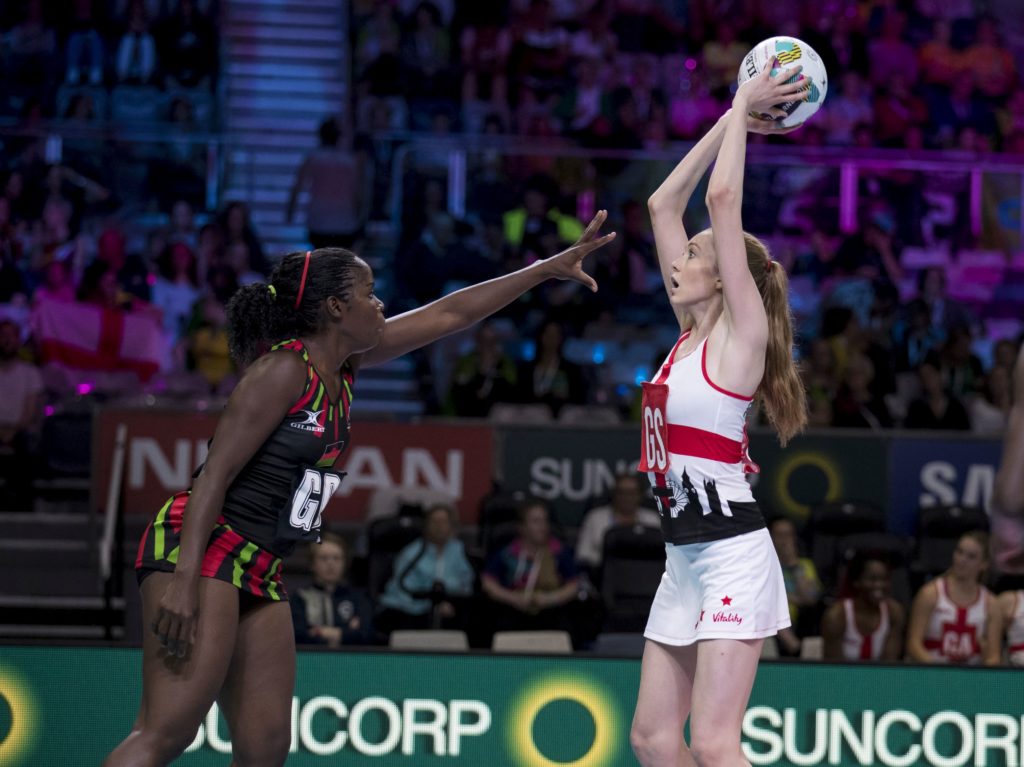 Next up saw New Zealand claim their first victory of the tournament as they beat South Africa 40-26. An impressive power-play in the third quarter got the Ferns back on track. 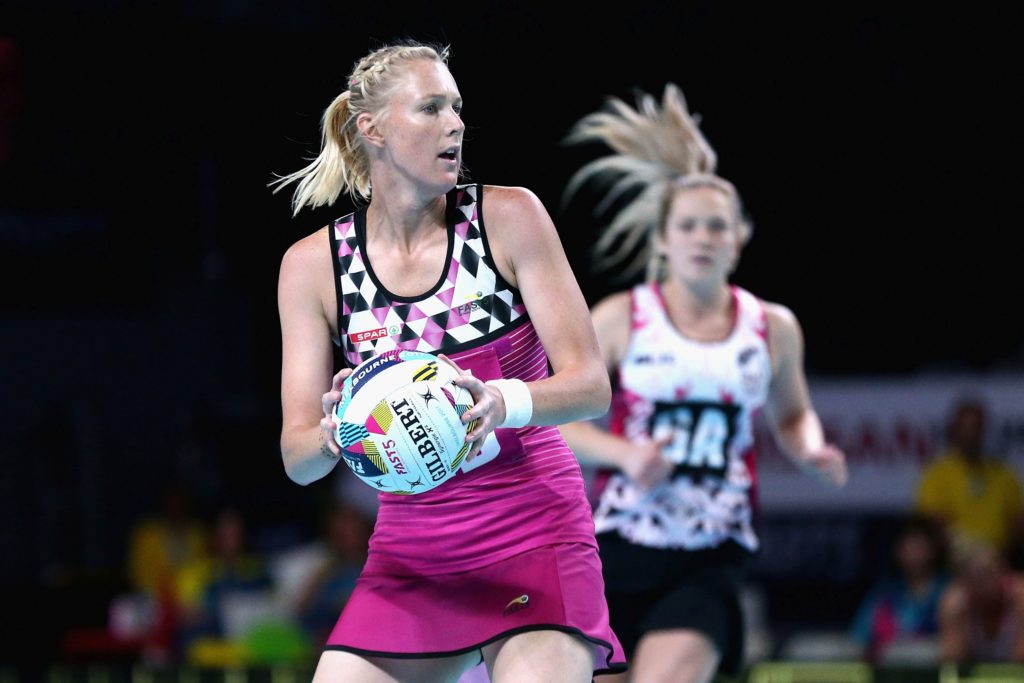 Many were wondering if Jamaica could win 3/3 on day one when they played their final game against Malawi, who needed a win. It was a very close game with just one point in it going into the final quarter but that’s when Jamaica activated their power-play and maintained their 100% winning record.

The penultimate game of day one saw a tale of two teams. England, much like Jamaica, were aiming to maintain their 100% winning record while South Africa were in search of their first win. It was England who raced in front – leading 26-14 at half time. The deceit was too much to overcome for South Africa as England saw out their third victory of the day. 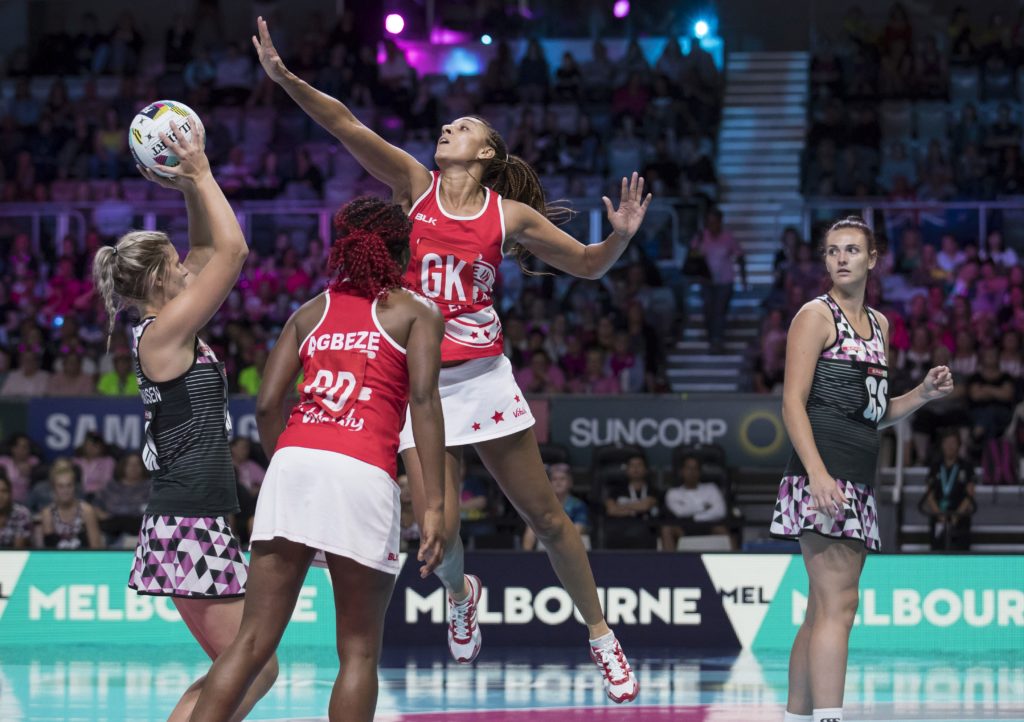 The final game of the day was a rematch of last years Gold Medal match, as Australia took on New Zealand. Both sides had already lost a game at this point so there was big pressure not to go into day two with two defeats on the board. It was Australia who started brightest, with a plethora of interceptions but only leading by one at quarter time. Australia made the most of their power-play in quarter two, scoring 20 which opened up a 14 point margin. The fast Ferns couldn’t replicate the same feat during their power-play, only scoring 8. The margin proved to be too much for New Zealand as they lose 2/3 games on day one, putting their title defense in jeopardy.